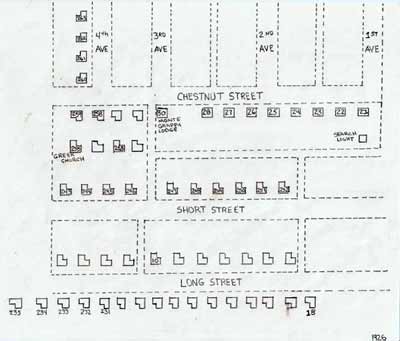 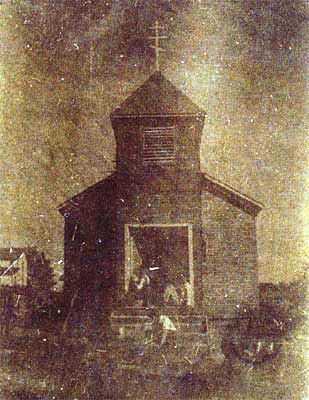 St. Peter’s & Paul’s Greek Catholic Church (circa 1941) The steeple was moved from the “Orthodox Church” (a nearby shanty) and installed on house #30 on Chestnut Street, thus converting it to the new church. 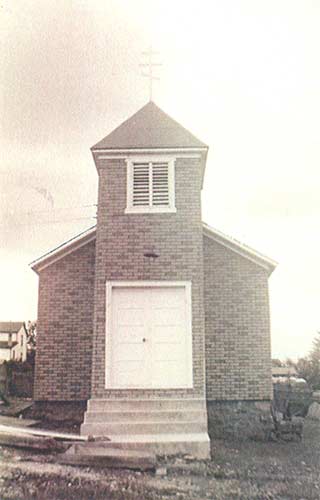 The Greek Catholic Church (circa 1942) 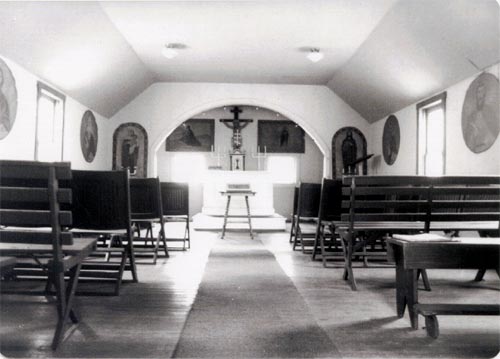 St. Matthew – this portrait appears in the photo directly above this one (first icon on the right side) 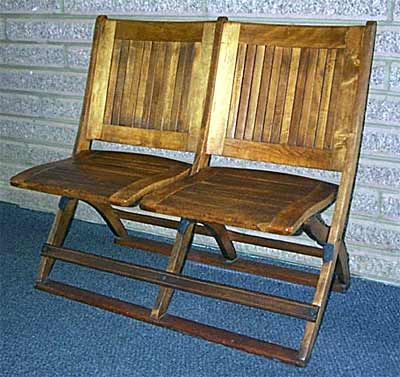 When the Town Hall was closed around 1940, some of these folding chairs were obtained by the Greek Catholic Church and used there until the church was closed. You can spot them in the front three rows of the “interior” church photo.

Receipt for final payment of the Greek Catholic Church… 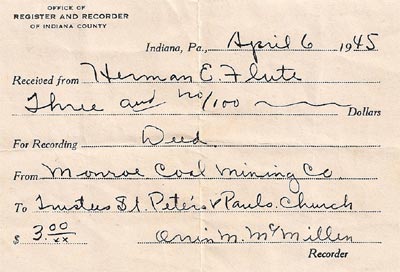 … and for the filing of the deed in the Indiana Court House.

Although the Penn Mary Coal Company donated land and built churches for both the Presbyterians (1907) and the Roman Catholics (1909) in Heilwood, there is no record that they donated anything to residents of the Greek Catholic faith.

According to Heilwood residents, the earliest Greek Catholic church services held in Heilwood were conducted in a vacant home on Point Street in Sunnyside. These services were probably conducted by priests sent from the Clymer or Barnesboro churches (see list of Clymer priests below).

The first mention of an established Greek Catholic church building was in the 1920s, when a vacant shanty at the lower end of Chestnut Street (Doctor’s Row) was converted into a house of worship (#255 – see map). A family from Pineton donated a bell from the abandoned Pineton School to the church members, who in turn constructed a belfry for it on the shanty. Services were conducted in this structure by priests from St. Michael’s in Clymer, who traveled to Heilwood by train, until the early 1940s. The congregation was responsible for compensating the priests for their services.

In the early 1940s, house #30 on Chestnut Street (formerly the meeting place for the local Monte Grappa lodge) was converted by church members to serve as their new place of worship. Members of the congregation added a steeple to the lower end of the building, and installed the same bell that had been removed from the shanty church. They also installed a double set of doors (see photos). The interior of the church was finished and furnished with seating, religious icons, and other items that were either donated or purchased by the families that attended the church at the time (see photos). Without a central heating system, the church was kept warm by a pot-bellied stove that a church member would attend to prior to services. There was no resident priest, but the previous practice of a having a priest come from Clymer to administer to this church continued.

In 1944, the Monroe Coal Company sold the church and lot to the Trustees of St. Peter’s and Paul’s Greek Catholic Church for $50 (see related receipts).

Though membership was limited to a small number of families, donations and fund-raising activities such as dances held in Alverda allowed them to maintain the church and continue services until the mid-1960s, at which time it closed. 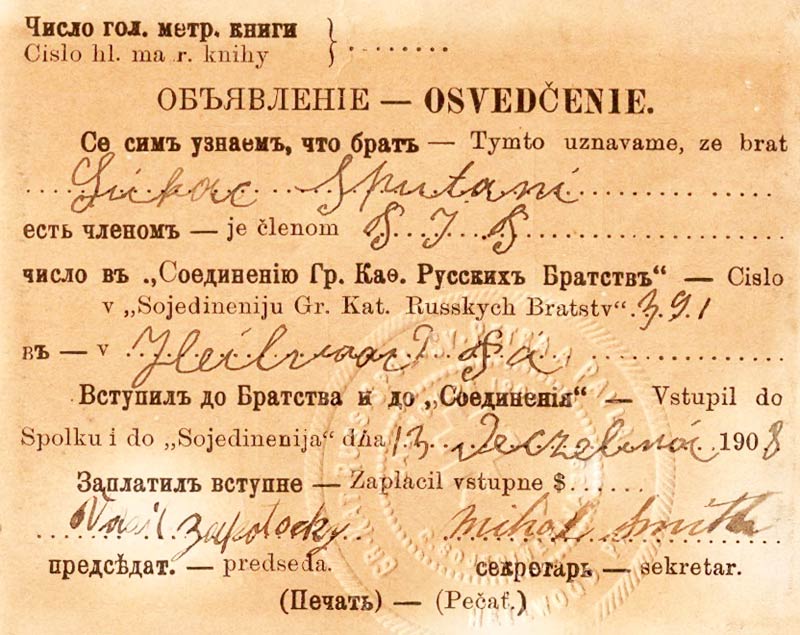 First page of a booklet detailing insurance provided by the Greek Catholic Church to parishoners. 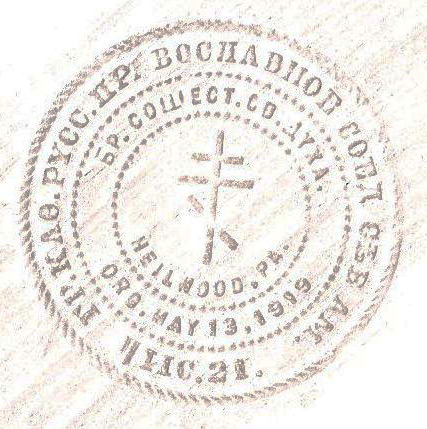