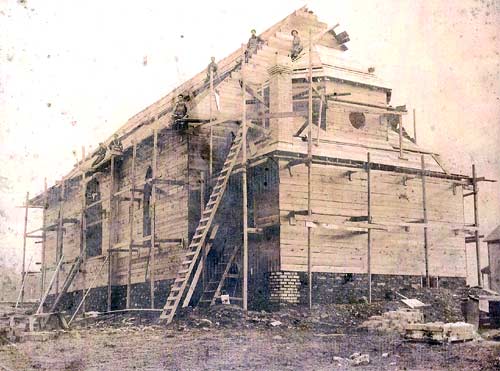 The Catholic Church under construction, circa 1909 (taken form the back). Earl Nupp, the general contractor, is third from the left (sitting on the scaffolding). 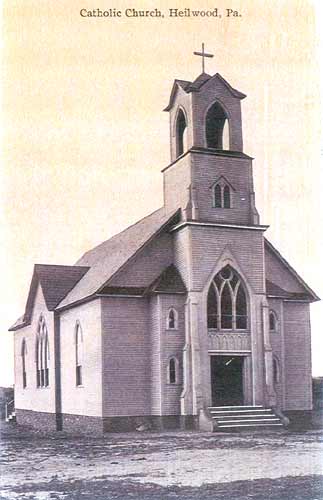 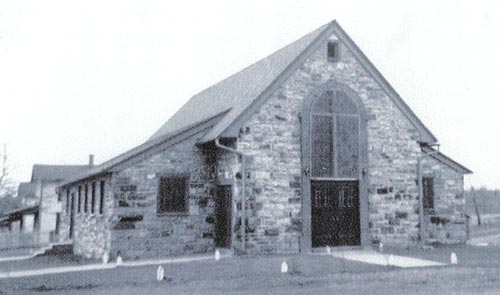 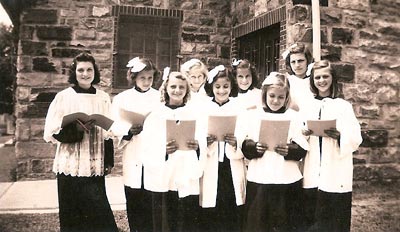 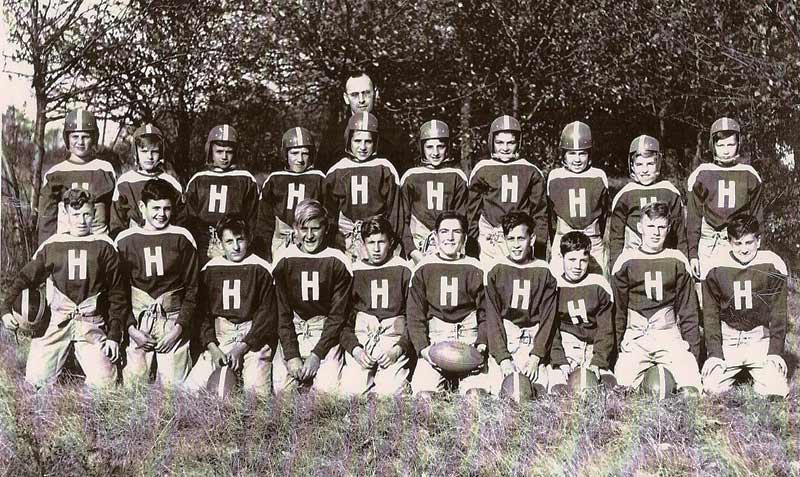 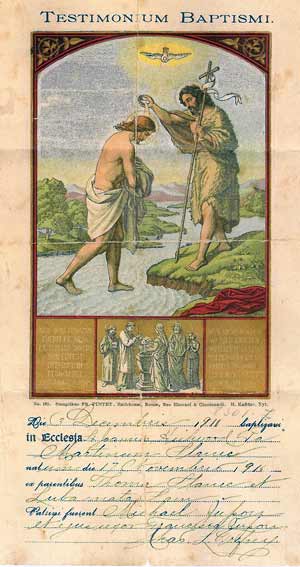 1911 baptism certificate done in Heilwood by the Rev. Charles L.Trefny. Click to enlarge! 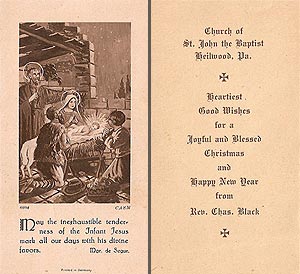 A Christmas greeting card given out by Reverend Charles Black, sometime between 1919 and 1930.

Without a dedicated church building, Heilwood’s early Roman Catholics conducted their services in the Town Hall. Priests residing at the rectory in nearby Cameron’s Bottom traveled by horse and buggy (provided by the Penn Mary Coal Company) to conduct Sunday services. This arrangement continued until 1909, when the coal company donated a piece of ground and constructed a wooden-frame church located at the corner of Pine Street and First Avenue (see photo). Earl Nupp of Green Township (aka Starford) Lumber Company was the general contractor for the building (see photo).

In 1919, the Reverend Charles B. Black (see photo) became the first “resident” priest, living on First Avenue in the former doctor’s office. Sadly, tragedy would eventually strike both the church and the life of Reverend Black! He served the parish until tragedy struck. On Sunday, August 10, 1930, Rev. Black and Joseph Best, the supervisor of construction for the newly opened highway from Heilwood to Penn Run, were in a car that left the road surface and overturned. Reverend Black was taken to the Heilwood hospital, where Dr. George Lyons pronounced him dead within a few minutes of arrival. Joseph Best survived the accident.

Reverend Joseph G. Harder became the next parish priest. It was during his charge that a new, totally free rectory at 38 First Avenue was made available to the church. On February 13, 1934, Reverend Harder, who had been ill for several weeks, died from complications of pneumonia.

Shortly after his death, another tragedy stuck the church. Somewhere in the early hours of March 5, 1934, a fire was discovered in the church building. By the time the volunteer firemen arrived, the building was doomed. The efforts of the firemen were directed towards saving an adjacent home, but the church itself was a total loss. So once again, the church members conducted Sunday services in the Town Hall.

A temporary priest, the Reverend A. C. Marzhauser (see photo), was appointed to take Harder’s place. This “temporary” appointment continued until 1958. During Reverend Marzhauser’s charge, a new church was built on the ruins of the old church. Having discussed the construction plans with the coal company, the contractor (Contrucci Masonry of Alverda) and members of the church gathered stones from old building foundations on Sunnyside, The Green, and Ballando’s farm, and transported them to town for use in the new building (see photo). The new church was erected and the first mass was conducted on October 5, 1937. 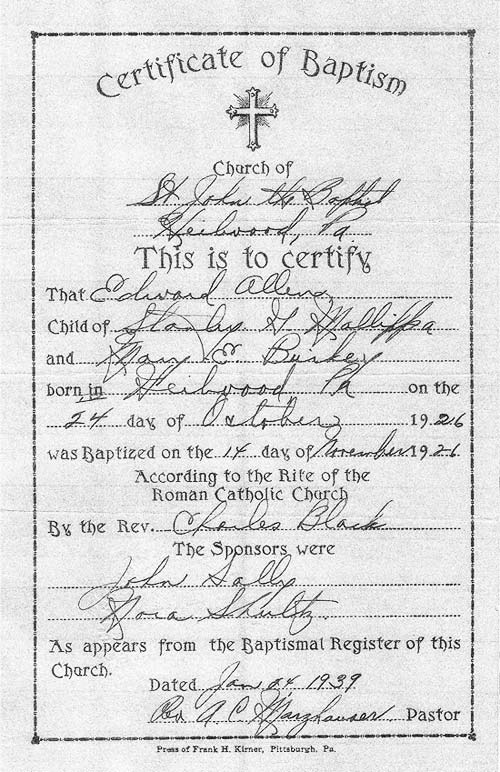