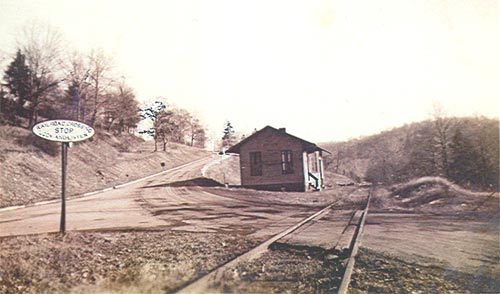 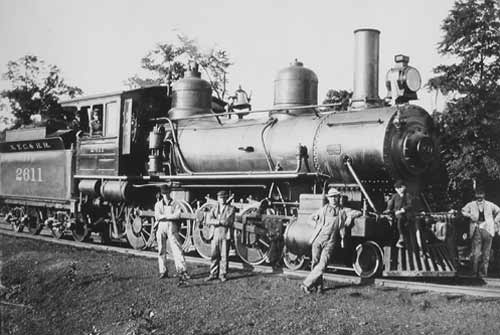 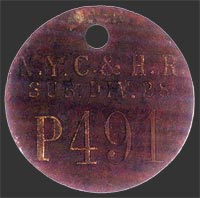 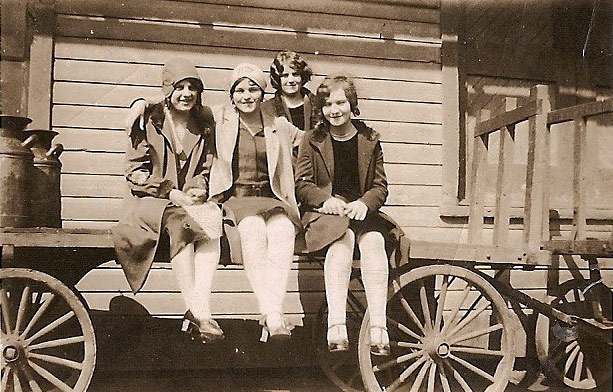 Four women sitting on a cart outside the Heilwood Railroad Station (ca. 1930s)

In the early days of the coal industry, a mine owner/operator was limited as far as site selection went – he had to go where the coal deposits were located. In many cases, this meant remote areas that were far away from established settlements. Railroads had to be built to these areas so that the coal could be shipped to market, and this is why the railroads came to Heilwood.

Almost a year before J.H. Weaver arrived in Heilwood and began building the town, construction of a rail line from Mitchell’s Mills (now Diamondville) and Hine’s Junction to the Possum Glory area coal fields was started. Charles Sims was in charge of the construction and necessary grading for the new branch line, and scores of newly arrived immigrants were utilized in its construction. Having arrived in the Possum Glory area in the Fall of 1904, the workers began an extension into the Leonard’s Run area, where additional mine openings were to be made.

The construction was not without its problems. September 26, 1904 issue of the The Cambria Freeman, a newspaper published in Ebensburg, Pa., reported the following:

Last evening about 11:30 o’clock, a heavy charge of dynamite was touched off under the commissary building of the Sims Construction Company, blowing up two men and reducing the structure to kindling wood…. This morning another charge of dynamite was found under one of the other buildings of the contracting company, done up in a red handkerchief…. The occurrence is supposed to be the result of a feud between the Italians working for the commissary department of the Sims Contracting Company and a number of Italians employed by the Possum Glory Coal & Coke Company…. The later being former employees of the construction company…. Five men have been arrested but two men appear to have alibis provided by several different witnesses….

Despite these incidents, coal began to be shipped on the new line by the Fall of 1905.

This newly established “Possum Glory Branch” was the joint work of the Pennsylvania Railroad (PRR) and the New York Central/Hudson River Railroad (NYC&HR). Both lines, having arrived in the Cherry Tree area almost simultaneously, came to an agreement to develop the Indiana County coal fields together. Thus, the Cherry Tree & Dixonville Railroad was born (for a detailed explanation of the history of the CT&D, see Henry Statkowski’s website).

In the early years, the coal shipped from Heilwood was all destined for markets in New York. This was due in large measure to the fact that many influential members of the newly created town’s Board of Directors had significant interests in New York industries that required a good supply of coal.

The types of engines that serviced the Heilwood coal fields were varied. Either “2-8-0” or “4-8-0” steam engines generally provided the motive power to haul coal to market (see photos). 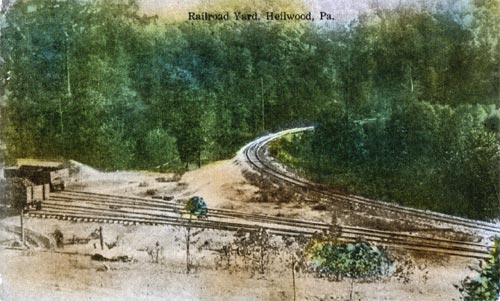 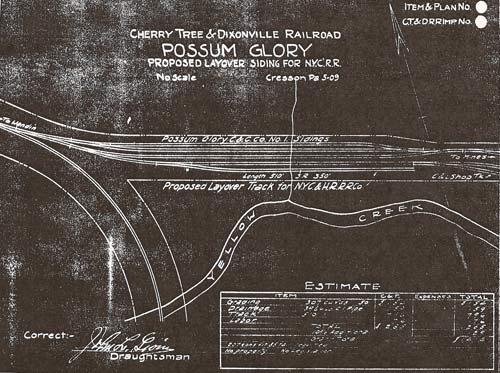 Although the exact date is unknown, a railroad station building was constructed a short distance from some of the newly opened mines (see photo). This station was known as the Possum Glory Station, and continued to be known as such long after the town had been renamed Heilwood (the railroad station was finally renamed Heilwood Station in 1912). An interesting note is that the Possum Glory/Heilwood Station had the designation number of 6666.

Mr. I.F. Wilson was the first station agent, holding the position until 1924. Fred Ganoe then assumed the position, and remained until the early 1930s.

The first passenger train from Cherry Tree arrived in Heilwood in May 1905. In connection with this service is a letter dated July 14, 1906 from the NYC&HR agreeing to a monthly water bill for their passenger engines at .75 cents per tank.

In April 1923, electric lights were installed, extending from Heilwood down to the station. These lights were greatly appreciated by the passengers who came to the station on the night train, which arrived at 10 p.m.

In 1926, the New York Central introduced one of its gasoline cars (Brill cars) on the Clearfield-Heilwood run, cutting down expenses for the company. Passenger service to Heilwood continued into the 1940s (see photo at left). 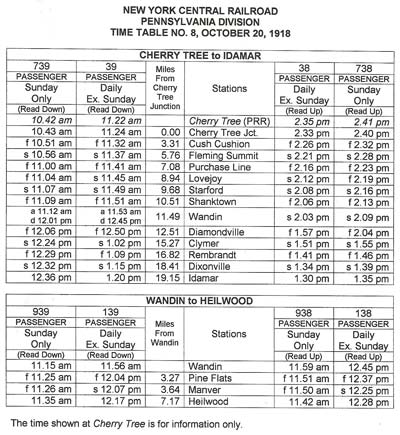 Timetable for passenger service to Heilwood, 1918 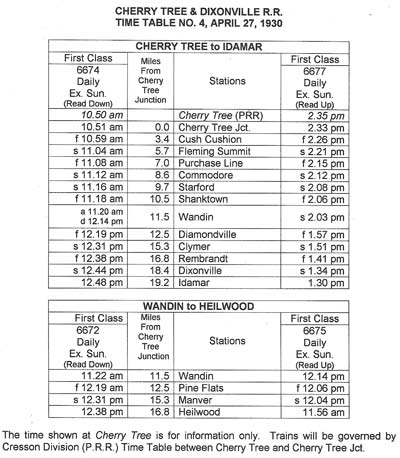 Timetable for passenger service to Heilwood, 1930