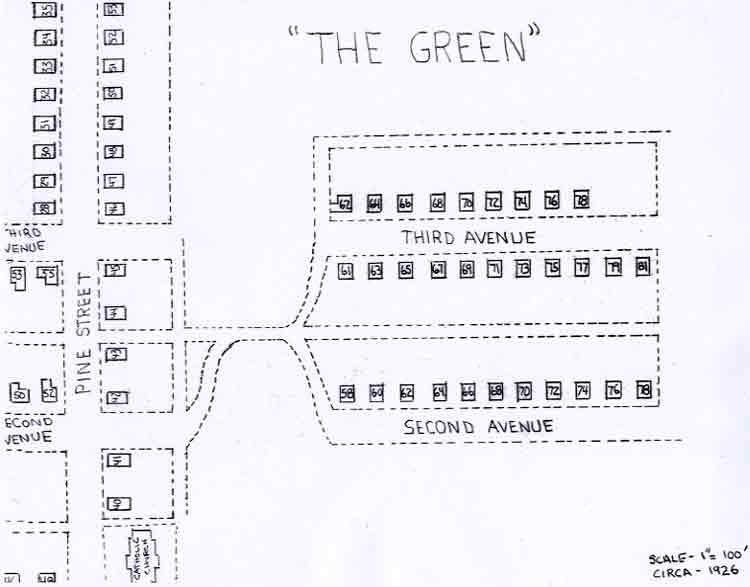 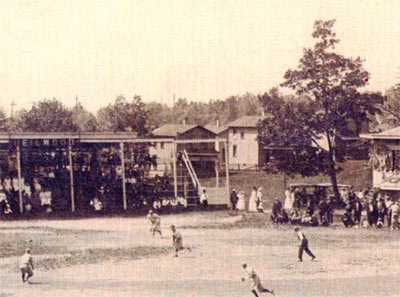 With the continued growth of the coal mines in the early 1900s, Heilwood was facing a housing shortage for the miners. The Penn Mary Coal Company found it necessary to construct additional housing in 1912. This new development took place in an area north of the town called “The Green” (see map).

Looking at the map, we can see that the houses were laid out along rectangular lines of survey – actually, just a continuation of Second and Third Avenues (and the house numbers). Approximately 30 houses were constructed in The Green. The houses had four or five rooms with indoor water, but no electricity. Outhouses and coal houses were located at the back of the lots (see photo).

As was the case with Sunnyside, The Green had a relatively short life as a housing area, and was abandoned in the mid-1930s when the coal company consolidated housing in the central part of Heilwood, again with no selection by the residents. The abandoned houses were torn down and the lumber was sold to residents and people in surrounding communities, or the coal company used them for future repairs. The foundation stones were utilized by the town’s Catholic parishoners to construct a new stone church in 1937. The abandoned area was then used by the townspeople for gardens or animal pastures.

Some stories claim that various buildings outside of Heilwood were constructed with lumber salvaged from the abandoned homes both on The Green and Sunnyside. One particular claim belongs to the Meadowbrook Bar/Restaurant in Indiana.