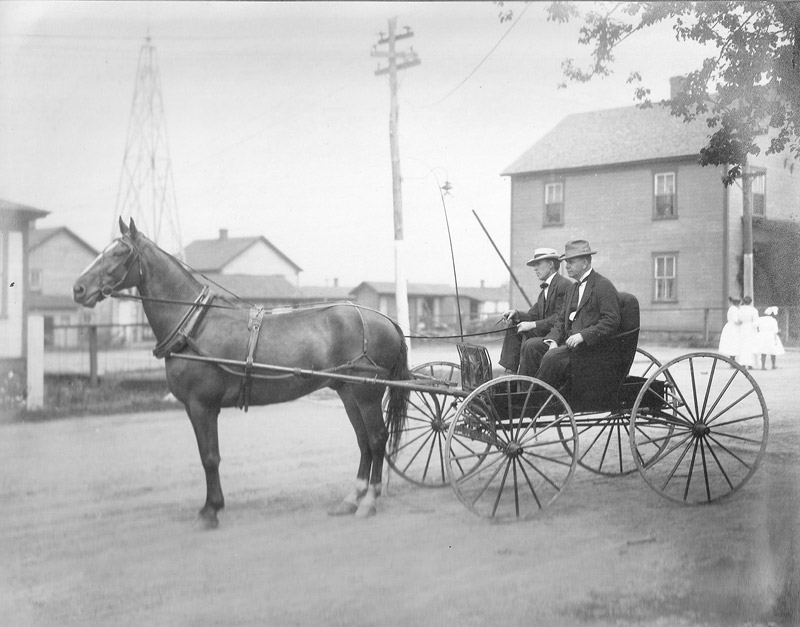 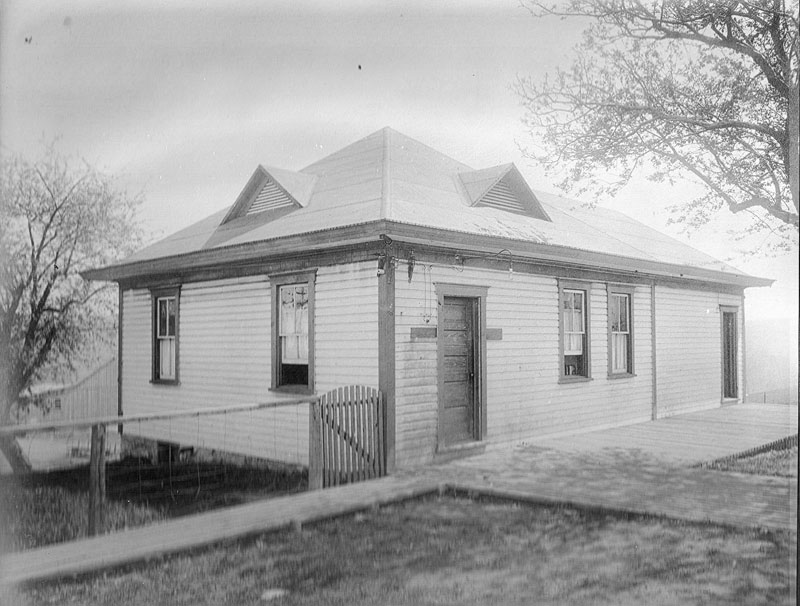 Early doctor’s office on First Street, circa 1913. Click on it to also see the interior photos below! 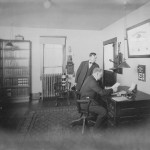 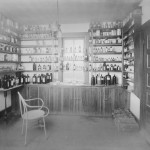 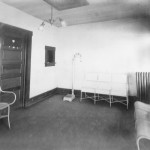 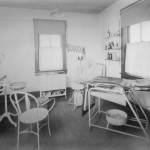 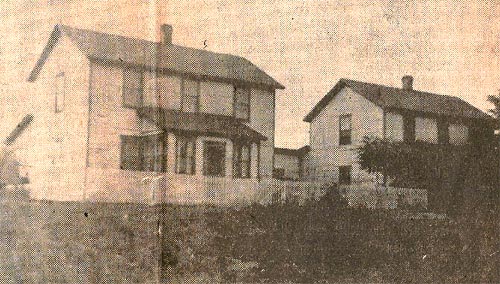 The seven-room hospital in Heilwood (circa 1907). It was located on First Avenue and consisted of houses #30 and 32. 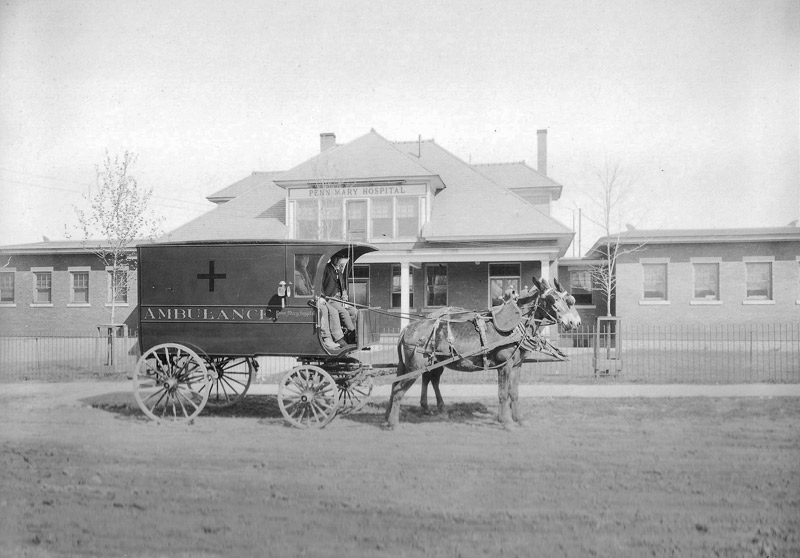 In 1905, the medical facilities in Heilwood consisted of a modest three-room shanty. In time, this gave way to a small house and then a seven-room home (see photo). Finally in 1909, the Penn Mary Coal Company spent $25,000 to build the first building in Indiana County erected solely as a public hospital – the Penn Mary Hospital. 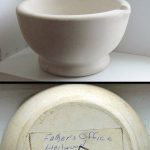 Apothecary travel bag carried by a physician in Heilwood (circa 1912).

Although the building contractor is unknown, the D. K. Howe Plastering Company of Altoona, Pennsylvania would plaster the interior of the one-story, brick-encased building. A unique feature of the building was that all right-angled corners were rounded off. Additionally, the interior was finished with oak trim, oak flooring, and plain oak furniture.

The front entrance of the building opened into a large waiting room and a nurse’s office. While the physician’s room, nurse’s office, dining room, and living room were fitted out with plain oak, the remainder of the building was furnished in sanitary steel-enameled furniture with nickel or brass fixtures.

The hospital was equipped with electricity, a modern hot water heating system, and a laundry that not only cleaned the material but also sterilized it. A well-lit operating room, etherizing room, and an X-ray machine made the facility “modern” in every aspect!

Shortly after closing the doors of Heilwood’s hospital in 1932, the Bethlehem Mines Corporation was approached by the Indiana County Tuberculosis Society. They were interested in using the hospital facilities as a base for its Brookside Health Camp which had been established in 1928. An agreement soon followed and the Health Camp was moved to Heilwood for the coming summer.

For four summers, Heilwood’s hospital facilities hosted boys and girls from throughout the county in separate camps for periods of four to six weeks. Underweight and malnourished children were selected to attend the camp in an effort to help them build the physical fitness necessary to combat disease. Funded through the sale of Christmas Seals and individual donations, the Health Camp provided wholesome food, sunshine, rest, and play for the children. Some former Heilwood residents still recall watching children play around the building, and in the evenings they could hear these same children singing.

The children of Heilwood also benefited from the summer camp. Town children who were in need of extra nutrition were given plain milk and a plain cracker at 10 am, as well as chocolate milk and a graham cracker each afternoon at 2 pm. These distributions were held at the same time as the Health Camp children received their extra milk and crackers. The Health Camp program continued throughout the 1930’s at various locations in Indiana County and was eventually taken over by the Indiana Lions Club, who broke ground for a permanent facility, the Indiana Lions Health Camp, in 1940. 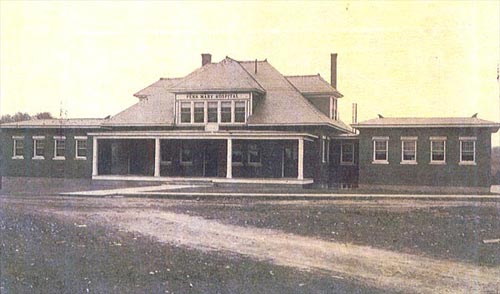 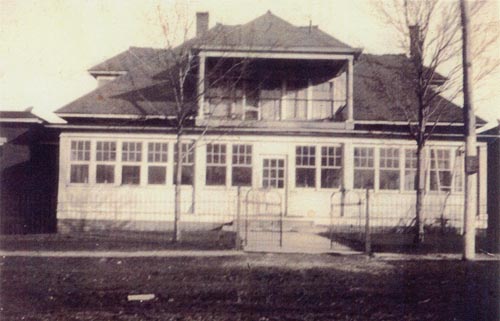 This photo, circa 1920, shows that the original hospital underwent some modifications. The open front porch was enclosed to possibly create a larger waiting room, while the roof over the second story windows was extended. The “Penn Mary Hospital” sign is no longer visable, but it could possibly be hidden by the extended roof. 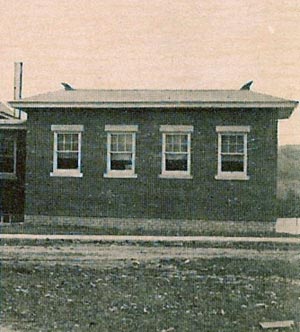 Photo of the former hospital that was later utilized as a bus storage facility for the school district, the rest being dismantled. 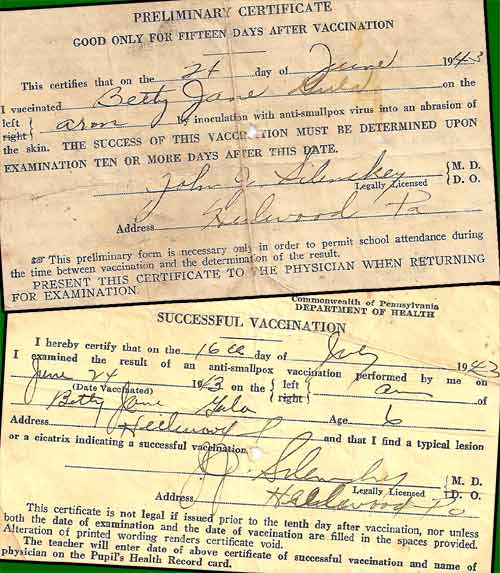 INSIDE THE PENN MARY HOSPITAL

Click on the photos below to see larger versions. 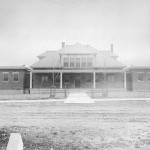 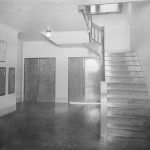 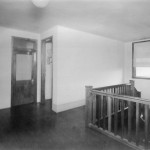 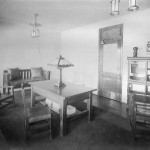 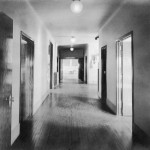 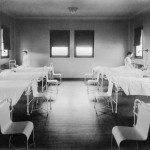 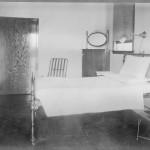 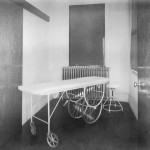 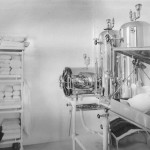 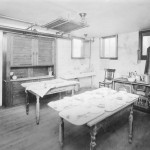 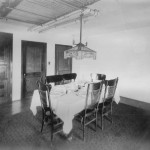 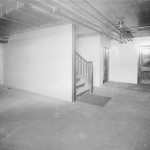 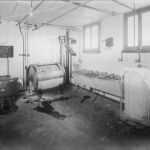 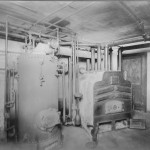 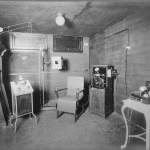 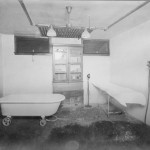 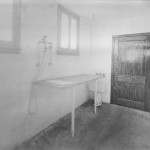 At the Pine Township School Board meeting held on November 21, 1940, the Board proposed that a portion of the former hospital be used as a school building. In June 1941, the School District began boarding up the windows and doors of the building, and it disappeared from Pine Township tax records that year.

On July 1, 1946, the School Board decided to advertise the sale of the unused portion of the hospital to the highest bidder. On August 5, the School Board awarded the sale to the Sgriccia Brothers of Clymer for a high bid of $825.

All that remained of the former hospital was the right side of the building – the same portion that the School Board utilized for bus storage (see photo).

Long after the hospital was gone, Heilwood continued to have a town physician. His office was located in the rear portion of the mine office building, on the second floor. From this location, the resident physicians continued to serve the town with such services as anti-smallpox vaccinations for the children (see photos at left), broken bones, and other maladies. Dr. Paul Frazer was probably the last resident physician, serving from 1950-51.

* A $.20 doctor deduction is also noted on some paystubs from that era, but it’s unclear when this particular deduction went into effect.