Map showing location of the coal tipple, circa 1926. 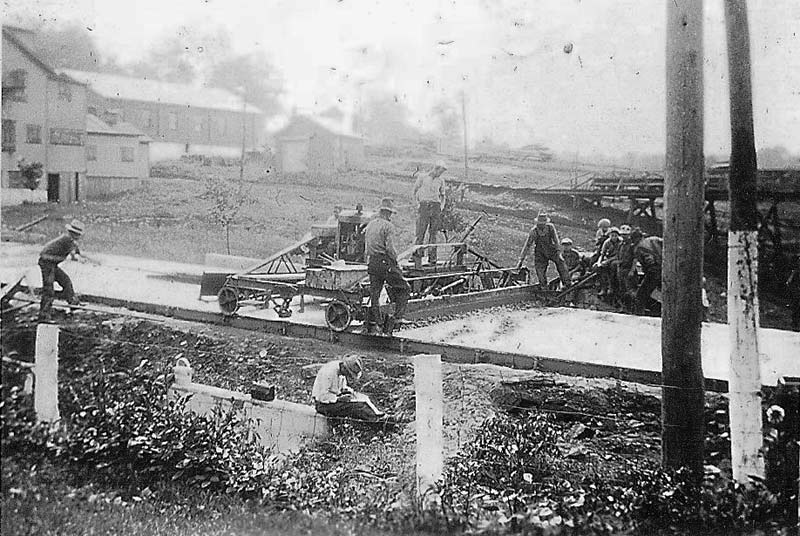 The Hoist House, incline plane, tipple track in background, circa 1929.

The Hoist House was located directly below the Carpenter’s Shop and behind the Heilwood Inn (see map).

Within its walls was an electric hoist system that brought loaded coal cars from either the Possum Glory #1 and # 1½ Mines, or after these two mines had been abandoned, the Penn Mary #1 Mine, a short distance away. * Once the coal was hoisted up the incline by a steel cable, it would be switched onto the coal tipple track and dumped into the holding bin (see photo).

Zed Taylor, or later, Harry D. Stahl, loaded the coal from the bin onto an open wagon and delivered it to the inhabitants of Heilwood. Although the coal company provided free electricity to the townspeople, it charged them a fee for the house coal.

With the closing of all the mines in the immediate Heilwood area in 1928, the hoisting of coal was discontinued. Sometime later, the now-abandoned Hoist House was put to use as a storage facility for the hose cart, replacing the original Hose House located at the rear of house #33 on Second Street (see photo).

*It should be noted that a pot belly stove was located inside the building to keep the incline plane operator comfortable in the winter months.