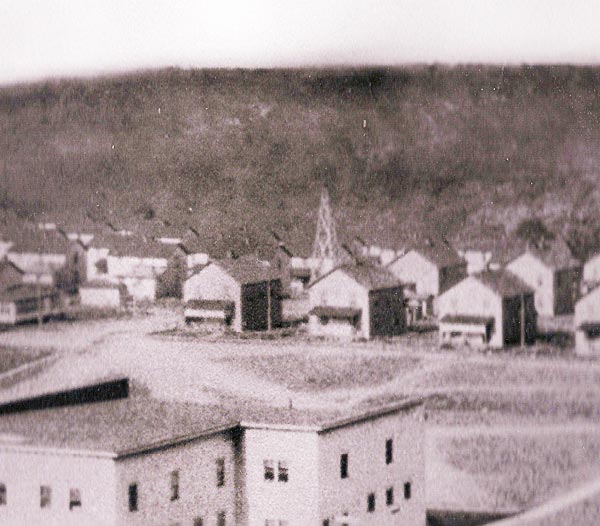 This photo was taken from First Street, looking south with Sunnyside in the background (circa 1940). All the housing is gone but the fire whistle structure can be seen in the red circle.

Although there is no specific mention in any known records of the location of the first fire whistle/alarm system for Heilwood, a 1911 photo shows a large tower located at the rear of house #33 (see photo). This was probably the original fire whistle, since the Hose House containing the manual host cart, fire ladders, and extinguishers were located at this same location.

The new fire whistle was located on the southern end of Sunnyside atop a wooden platform (see photo) that was supported by four large timber poles. Through a pattern of sirens (see photo) the whistle directed the men of the volunteer fire company to the exact location of the fire.  Additionally, the whistle was used to alert people to a problem in the mine, for celebrations, and to usher in various holidays.