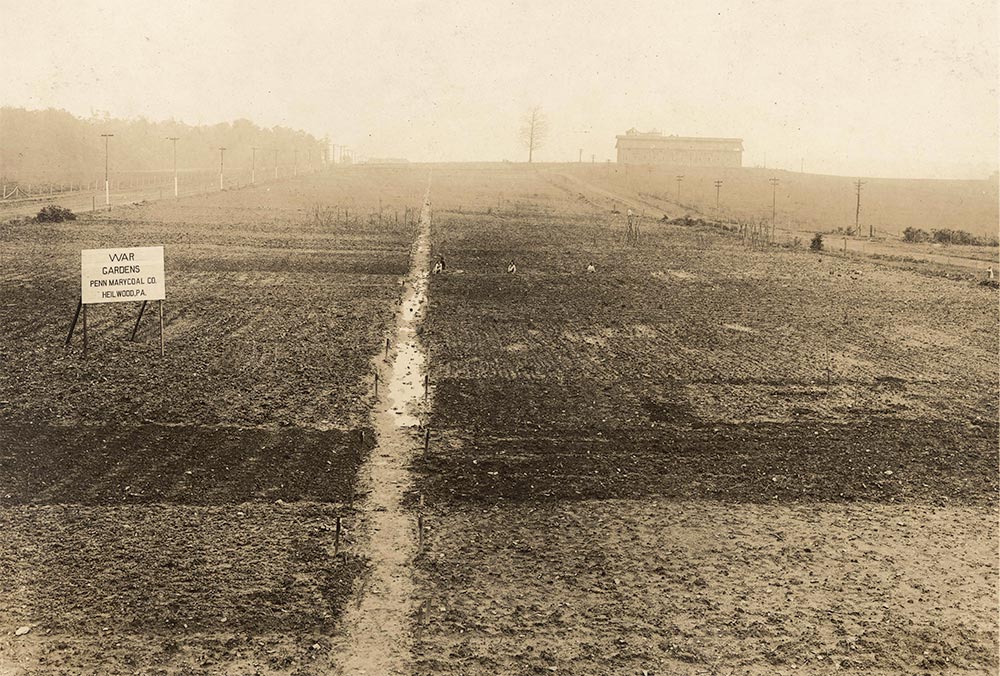 View of the Heilwood “War Gardens” with the Heilwood Dairy in the background. Photograph courtesy of Historical Collections and Labor Archives, Penn State University Libraries. 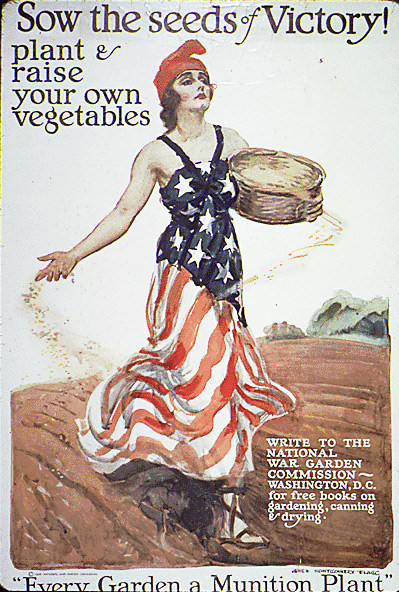 World War I-era poster: “Sow the seeds of Victory! Plant & raise your own vegetables. Every Garden a Munition Plant”

A month after the United States entered World War I in April 1917, the Penn Mary Coal Company made a patriotic gesture to the people of Heilwood. A section of ground adjacent to the elementary school, containing about six acres, was plowed and staked off in 100′ x 20′ plots for the company employees (see photo).* Each family was allowed to farm one lot, enabling them to grow vegetables for daily consumption as well as canning. In time, these gardens became known as “Victory Gardens”.*

Map showing the size and location of the Heilwood Victory Gardens

The concept of victory gardens came from Charles L. Pack, who created the United States National War Garden Commission in March 1917. Pack believed that these gardens would reduce pressure on the public food supply, and serve as a morale booster. The gardeners would feel empowered by their labor and also reap the rewards through fresh produce. In addition, many acres of “slacker lands” would be turned into productive sources of food for the population.

* A portion of the gardens eventually became the location of the high school football field in later years.