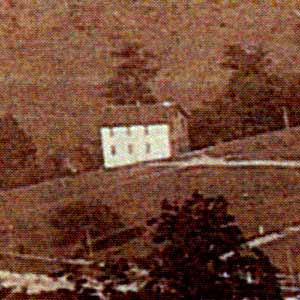 The first school building in Heilwood, circa 1905. 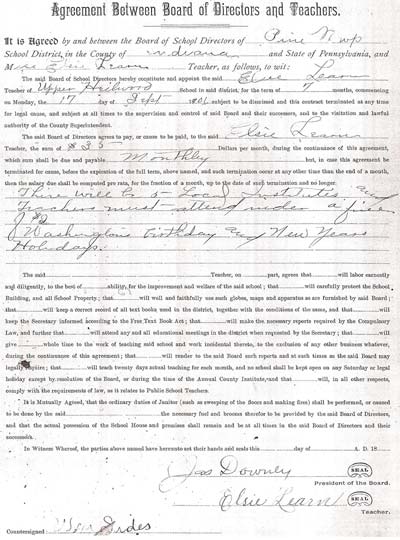 Contract signed by Elsie Learn in 1906 to teach at the “Upper Heilwood” school. Click to enlarge! 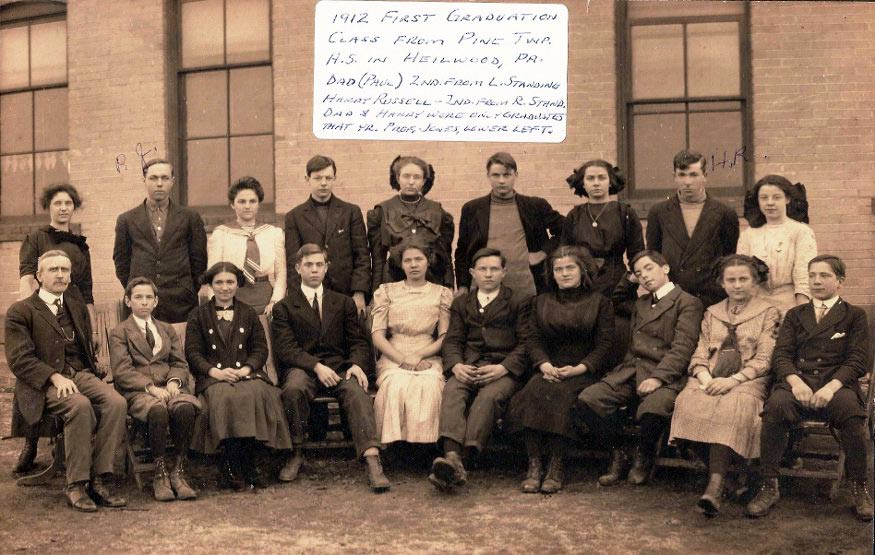 1912 photo of the high school, including the first two graduates

In 1902, J.H. Weaver purchased a 112-acre tract of land in Pine Township from John S. Bowers. It was from this tract of land that Weaver, in 1905, deeded 55/100 of an acre to the school district “to be used for school purposes and no other purposes.”

In its July 1905 meetings, the Pine Township school board began to formulate plans for the construction of the school. By the middle of October, board members had agreed on the building specifications – basically a two-story, wooden-framed house with two classrooms. The new school building’s dimensions were 38’ x 26’, and it rested on a stone foundation rising 18” above the ground on the upper end and 24” above the ground on the lower end. The foundation walls were 18” wide, constructed from “good ordinary stone.” The floors, walls, and ceiling were made from #2 yellow pine, while the exterior was #1 hemlock (1” thick). The roofing consisted of #1 red cedar shingles. There were two flues – one on each side of the building. A front door with steps permitted access to the building, and there was also one door in the cellar for coal. The exact placement of the toilets is unknown, but they were either attached to the rear of the building much like a bay window, or in the basement. The building also had a belfry on the roof (see photo).

Sanford Mardis of Pine Township, being the low bidder at $1,330.40, was awarded the contract, and construction was to be completed within 30 days of the date (October 18, 1905). Henry Hall of Indiana, being the low bidder on furnishings, provided seats, desks, and chairs. Black Bangor slate blackboards were also installed. And as the final step, using pure linseed oil and pure white lead, three coats of paint were applied to the building, which was to be inspected before being taken off the contractor’s hands. The building was insured for $1,400 through the Miller & Dumm Insurance Agency of Barnesboro. Also, Pine was the first township in Indiana County to have a high school with a three-year course.

Records indicate that some of the first teachers at the new school were: Mr. Barr; A. F. Roser; Martha Groff; June Pattison and Elsie Learn (see her contract). Click here for a complete list of teachers in Heilwood (1904-1960). It should be noted that the construction costs of the school and the hiring of a principal with a salary of $85 per month was said to have some residents of the area ‘up in arms.’ However, no additional reports of opposition could be located.

In 1907, a petition was circulated in the Heilwood area for the creation of an independent school district. This petition was opposed by another group of residents, who circulated their own petition in opposition to the creation of the independent district. After hearing both sides of the matter, the Indiana County Commissioners decided that the school district should be granted, even though the taxes obtainable from the district would barely support it. The Commissioners noted that a new district would give Pine Township better schools in the long term, and would not interfere with the other county districts. The newly created school district covered almost 2,000 acres.

The school would remain at this site until about 1909, at which time a change was made. The district school board determined “that the present school was inadequate in size to accomodate all the children in that portion of the district.” Therefore, they sold the school building, lot, and a half-acre of ground know as the Poplar Springs School #5 lot to the Penn Mary Coal Company. The district school board received $1,420, which they reinvested in the construction of a new school building.

In turn, the Penn Mary Coal Company, for the consideration of $1.00, sold a 218′ x 200′ lot to the school district containing one acre of ground. It was on this new lot that “the said school district of Pine Township would erect a substantial two-story school building, containing eight rooms, finish and furnish so many of said room as are now required for school purposes and the other rooms to be reserved for anticipated increases of children of school age.” 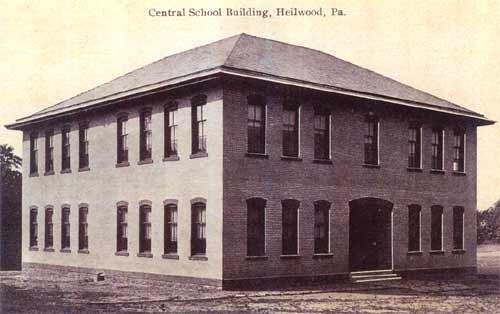 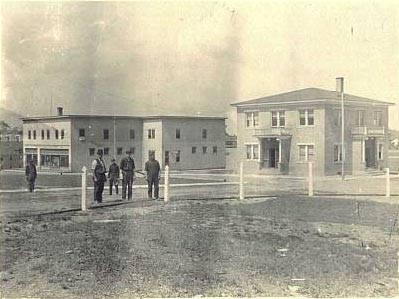 Workers installing a fence around the school yard (1912). 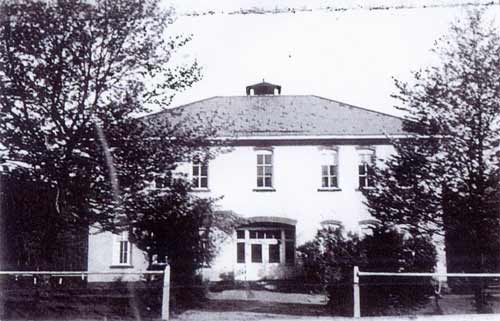 Heilwood School building, circa 1939 (note the addition of a bell tower on top of the building).

In April of 1909, the Pine Township School Board accepted a bid of $10,000 from the Hyde-Murphy Company of Ridgeway, Pennsylvania to construct a ten-room brick school house. The bricks for the construction came from the Clymer Brick and Fire Clay Company of Clymer, Pennsylvania. By the first week of September 1909, the building was complete and ready for the beginning of the school year (see photo at left).

This school building served the town well over the next dozen years. Only in a handful of instances was it necessary to provide auxiliary classrooms due to overcrowding in the building. The second floor of the barber shop, the former meat market, and the town hall would all provide sites for these extra classrooms.

An unusual situation existed in the Pine Township School District in 1914 in that the Supervising Principal in Heilwood was being paid directly by the coal company and not the Pine Township School District. Exactly how long this situation continued cannot be determined due to a lack of records for the following years. The coal company believed there was nothing improper about this arrangement. In fact, they regarded the school system in Pine Township as an inducement for miners and supervising personnel to live in Heilwood. 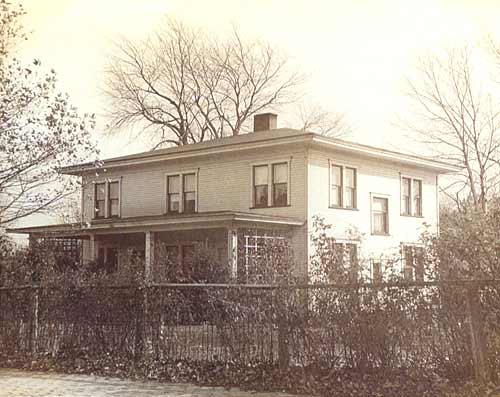 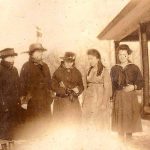 Heilwood teachers gathered outside their dormitory (circa 1918) 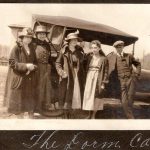 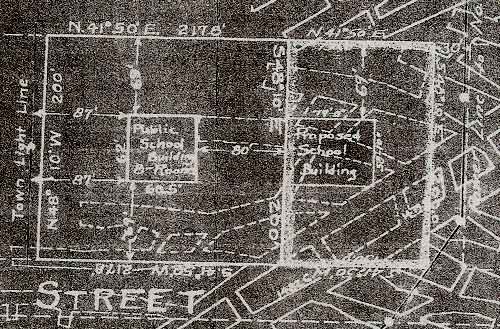 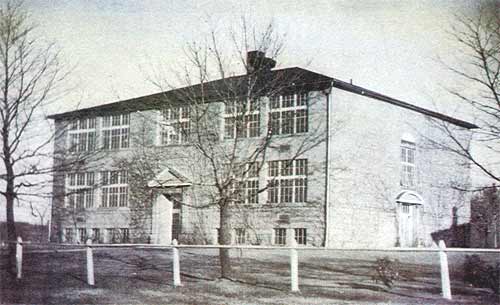 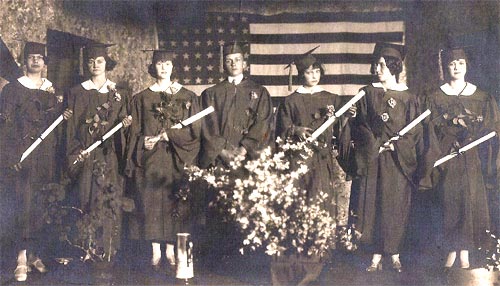 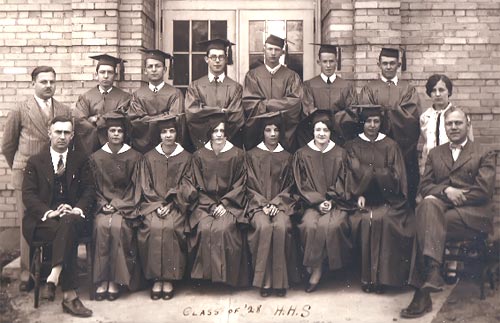 The first graduating class from the new high school building (1928).

Around 1910, the Penn Mary Coal Company had a two-story wooden frame building constructed adjacent to the elementary school to serve as a dormitory for the female teachers. At the time, women teachers had to be unmarried as a condition of employment in the school district. The teachers also had to be mindful of other limitations on personal appearance and duties (see photo).

Newspaper records show that the coal company employed a dormitory cook, who prepared meals for the teachers. It’s unknown whether the teachers had to pay for either room or board in the dorm.

Social interaction between the teachers and the community was strictly supervised by both the school board and the coal company. Activities such as lunches, hay rides, and sleigh rides involving a female teacher and any male member of the community had to be chaperoned by an adult from one of the coal company’s supervisory families. Despite these restrictions, the coal company did provide a dormitory car (with driver) for any approved activity that required transportation to a neighboring town or event (see photo).

Over time, the dormitory stopped housing female teachers and instead became a home for supervisory personnel from the coal company.

In October 1924, the Pine Township School Board had drawings prepared for a newly proposed school building in Heilwood (see photo). The proposed building was to be built adjacent to the elementary building (80’ away) and would be 79’ long and 50’10” wide. School board minutes show that in September 1925, the Pine Township School District increased their “indebtedness” to pay for the additional building, as well as an enlargement of the school building in nearby Alverda.

On June 8, 1926, the Bethlehem-Cuba Mine Company leased the parcel of land adjacent to the elementary school building to the Pine Township School District for 99 years, at a cost of $1.00. The parcel of ground was 130’ x 200’ and specifically slated for “a building suitable for school purposes of a size and with accommodations adequate for the present population of said village of Heilwood and those parts of said school district in the vicinity thereof, children from which would normally attend such school.”

The class of 1926, comprised of seven students, was the last class to graduate from the three-year high school, with commencement exercises held in the Star Theatre (see photo). There was no graduating class in 1927, so the class of 1928 (see photo), comprised of twelve students, became the first class to graduate from the four-year high school, holding its commencement exercises in the Heilwood Presbyterian Church.

In August 1929, the Pine Township School District began a consolidation process, whereby six one-room schools in the district were closed, making Heilwood the main school center for Pine Township. This consolidation improved the student-teacher ratio, allowed for more specialized subjects to be taught, and created a healthier overall learning environment. Additionally, the Pennsylvania State Legislature awarded the school district $200 per year for each school building it closed, along with financial assistance to pay for the hiring and maintenance of buses. Only the Alverda and Strongstown schools remained open.

ROBBERS AT THE HIGH SCHOOL

On April 18, 1948, robbers forced their way into the high school building by breaking a basement window. Once inside, they broke into three filing cabinets in the high school office and stole approximately $400 in cash as well as a .32 caliber, nickel-plated revolver, causing about $200 in total damage.