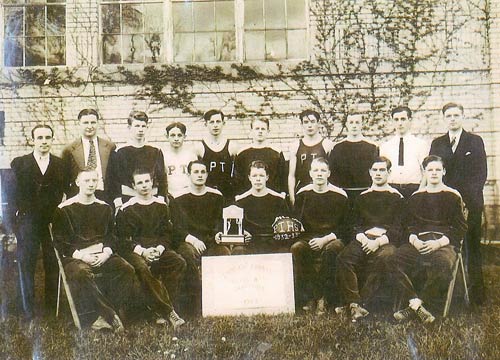 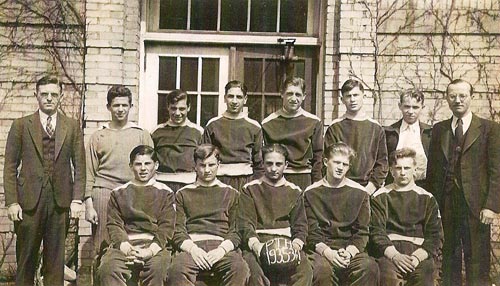 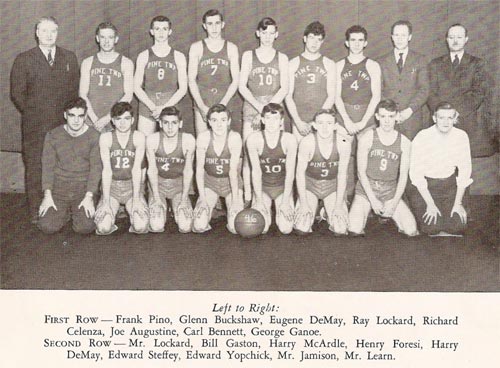 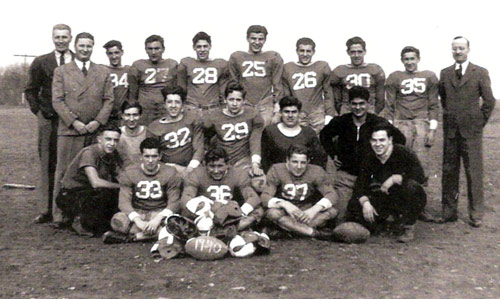 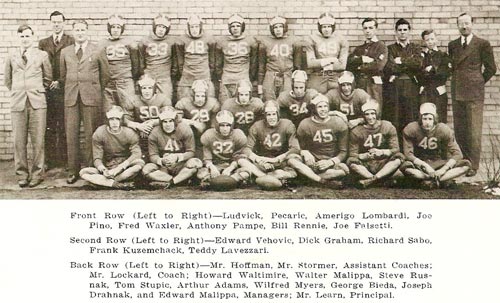 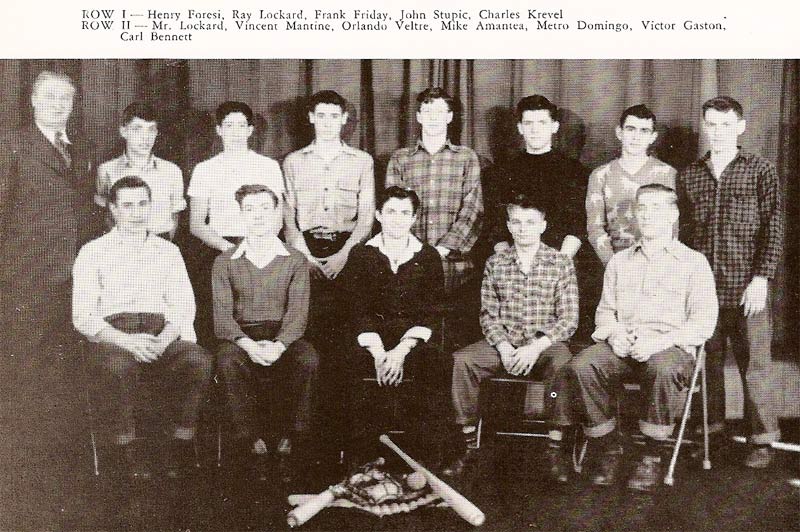 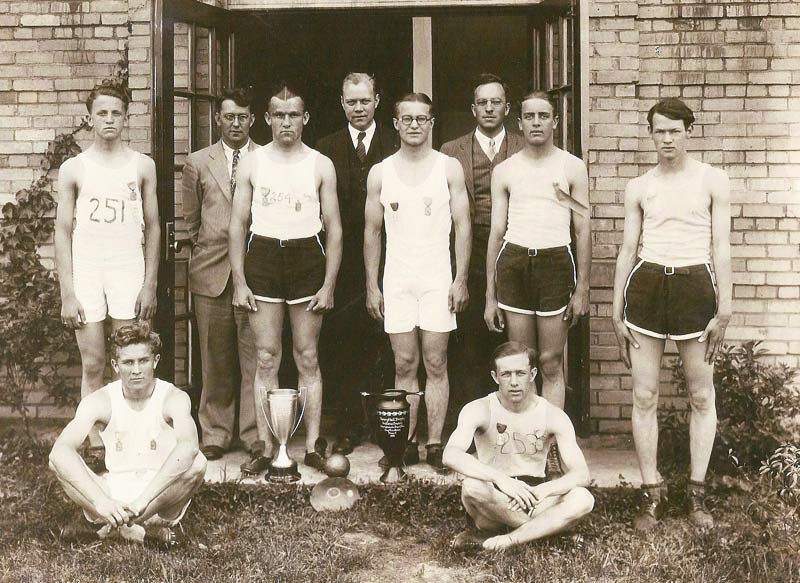 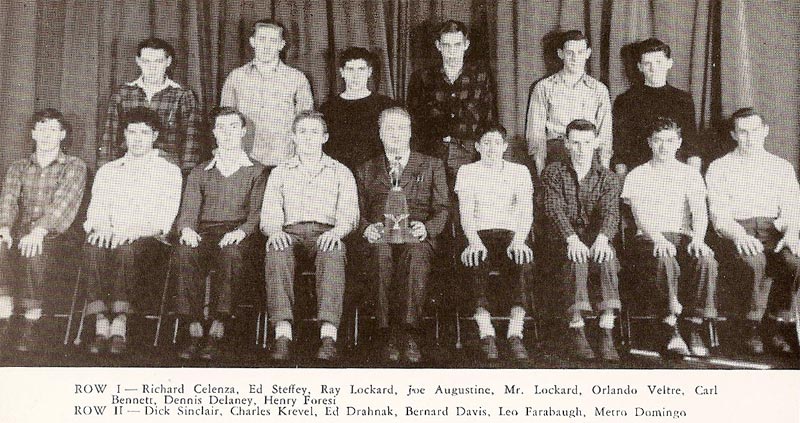 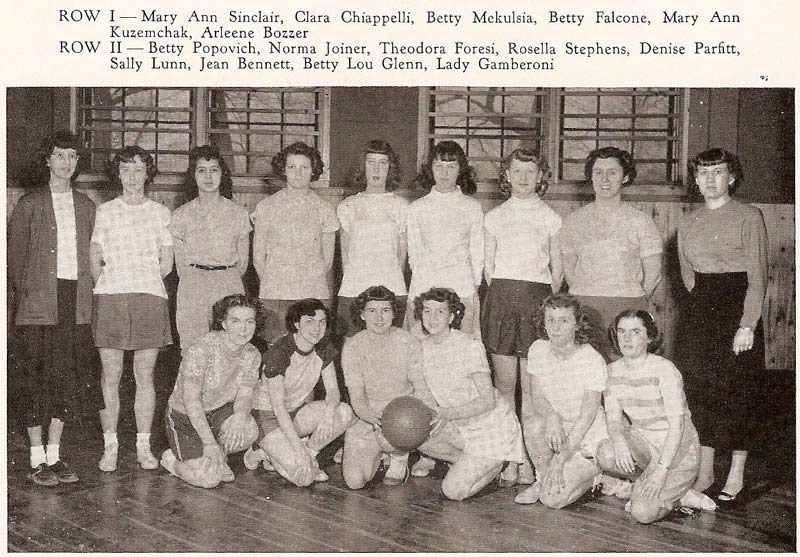 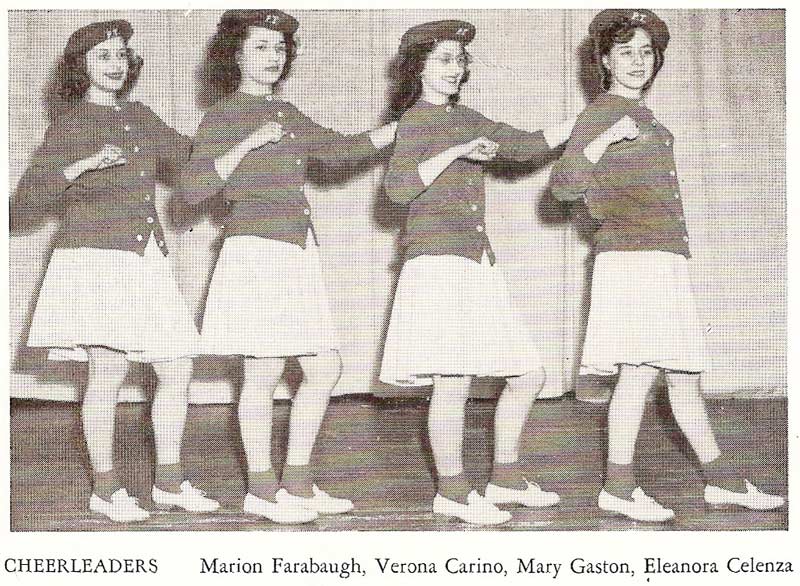 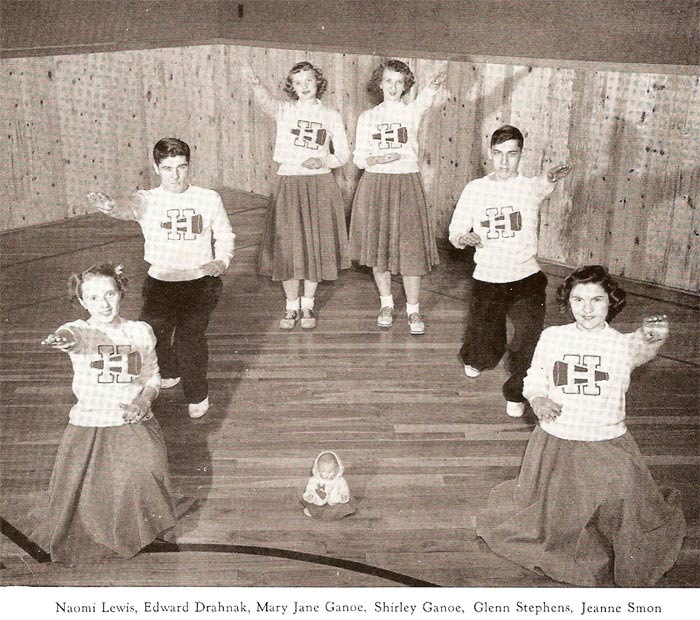 Following the initial season of 11-man football, the football program only had two winning seasons until 1951. The 1947 team set a school record when they won five games, while only losing three – bettering the mark of the 1942 team at 4-2-1.

Joe Sutila, teacher and football coach, formed an athletic club in the inaugural 1940 season called the “H Club”. The club awarded an “H” to those members who participated in a school-sponsored sport, and an “H Club” jacket was given to seniors who were members of the club (see photo). In the early 1950s, the club’s name was changed to the “Varsity Club” and began awarding “PT” letters to sports participants and a “PT” jacket to the senior members of the club (see photo).

In 1935, the “mush ball”/softball team disbanded and a baseball team took its place. Pine Townships and Clymer split a two-game series. This is the first mention of a baseball program until 1947, when a Baseball Club was formed at the high school (see photo). The program continued throughout the 1940s and into the 1950s.

The most successful athletic teams from Pine Township were probably the Track and Field teams. As early as 1928, teams that represented Pine Township (while not always having many team members nor having the best of uniforms) distinguished themselves on the field. In 1930, the Pine Township Track team was victorious in winning the Indiana County Class B Championship (see photo). In 1944, the track team lost the County Track Meet by a mere half-point. The following year (1945), Pine Township began a seven-year reign as Indiana County Class B Track and Field Champions through 1951 – a feat that has never since been duplicated (see photos).

In 1939, an event was first staged in the assembly room of the high school that should be mentioned. Two students at Pine Township participated in the first-ever boxing match. ‘Penn Run Bound’ Vere Trinkley and ‘Slugging Senior Sensation’ John Sas exchanged jabs and hooks for three rounds. In the end, Vere Trinkley was the victor. Several years later (1941), three additional matches were held between Willy O’Brien and Arthur Adams; Piper Shultz and Larry Sterpka; and George Bieda and Tom Parfitt. The winners by the judges’ decisions were O’Brien, Shultz, and Bieda.

In a February 28, 1931 report from The Indiana Evening Gazette, the Pine Township High School girl’s basketball team lost a game to Vintondale. This is the only information that could be located concerning the sport of girls basketball (see photo).