The Early History of Heilwood > Coal Mines > Bethlehem Mines & Beyond

Address printed on an old shipping crate board, found in a Heilwood garage scheduled for demolition. It was actually being used as a shelf with the lettering on the underside. 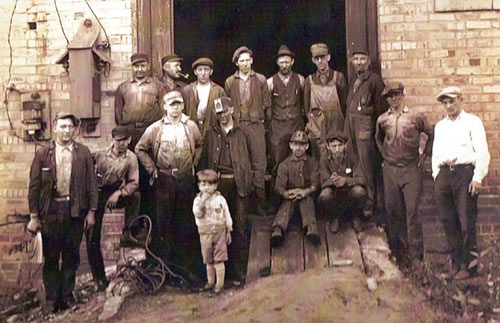 A large group of workers – probably all ‘outside’ workers at an unknown date. They quite possibly were car shop, machine shop, as well as tipple workers. 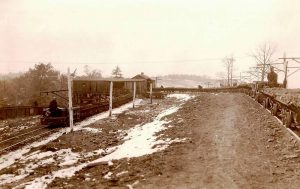 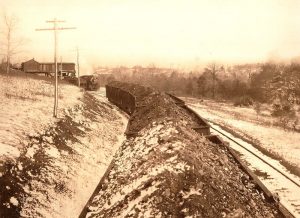 Another photo of the tipple at Brownstown, showing a Cambria & Indiana steam engine. 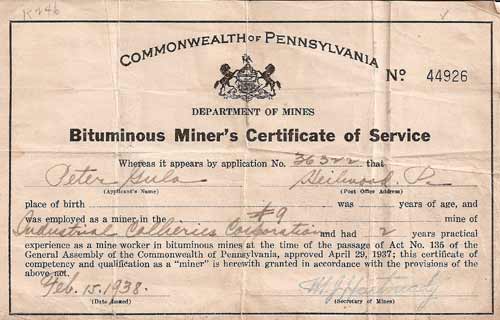 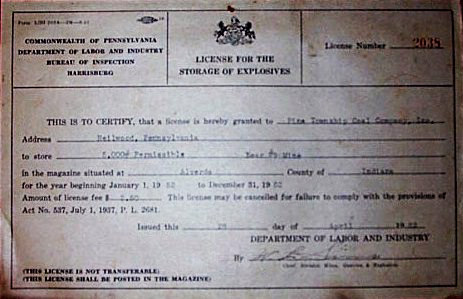 1952 license for the storage of explosives in the #9 Mine.

First aid kit supplied by the Redlands Coal Company, probably for home or automobile use.

Despite the numerous changes in ownership, the coal mines in and around Heilwood retained the Penn Mary name until 1921, when all of the mines became known as Bethlehem Mines. This name continued until 1936, at which point the Bethlehem Mines Corporation was dissolved and a new company was formed – Industrial Collieries Corporation. 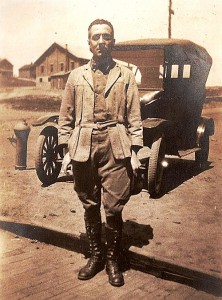 Bus service for the Heilwood miners (1945)

Industrial Collieries managed the mines until 1940, when the operation was leased to the Redlands Coal Company, a subsidiary of J.H. Weaver Company of Philadelphia – the very group that had opened the first Heilwood mines in 1904. This lease arrangement continued until 1943, at which point the Redlands Coal Company purchased the mines from Bethlehem Steel. It was during this time period that the Monroe Coal Company (another subsidiary of the J.H. Weaver Company), acting as a real estate agency, began selling the houses and lots to the residents of Heilwood.

BUS SERVICE FOR THE MINERS

In its early years, Heilwood was centrally located to all of the operating mines in the area, which allowed the miners to walk to work. After 1928, when the majority of the mines close to Heilwood were closed, the miners had a much longer walk to the work site. Few, if any, of the miners had cars.

This problem was solved with the introduction of a bus service (see photo) that transported the miners from Heilwood to either Mine #9 in Brownstown or Mine #11 in Mentcle.

The cost was ten cents for a one-way trip, which seems miniscule by today’s standards, but was a considerable sum at the time. The bus service was available for all three shifts that the mine operated.

There’s little information about when the service began or ceased, although its availability is mentioned as late as 1945.