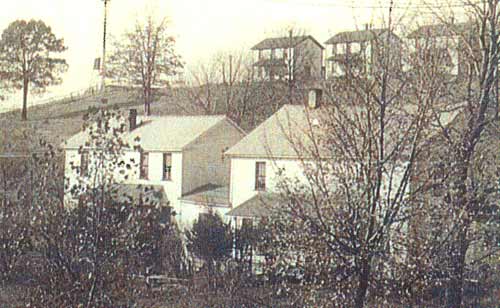 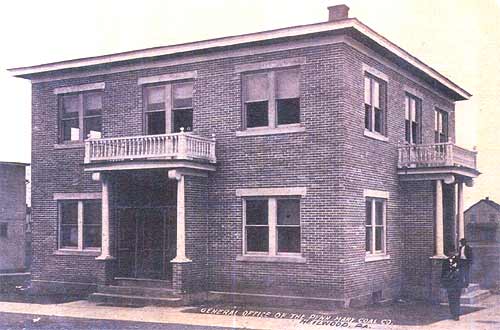 General Office of the Penn Mary Coal Company, circa 1912.

The original general offices used by the early Heilwood coal companies were constructed between 1904 and 1905 and located directly below the company store manager’s home (see top photo). These two buildings served the coal companies until 1910-11, at which time the Penn Mary Company constructed a new, brick building adjacent to the Company Store (see second photo).

From outward appearances, the two offices were connected by a small shed – but that shed was actually the company vault, hidden with siding and roofed just like the other buildings.

This vault was approximately 12’ x 14’ x 8’. The walls and the roof were 18″ thick, poured with cement and stones. In addition, the sloping roof was reinforced with steel rails. The floor was two feet below ground level and the only opening of the structure was protected with a solid-steel door!

The First National Bank of Barnesboro, Pa. was responsible for having the cash payrolls delivered on the designated bi-weekly paydays in iron strongboxes.