The application for charter of the Heilwood Coal Company was presented to the Indiana County Notary Public on November 29, 1904. The shareholders and directors of the newly created company were all from Philadelphia: Fred R. Long, Stewart Frazer, Edmund Humphries, A. J. Rapp, and J. E. Wilkinson. 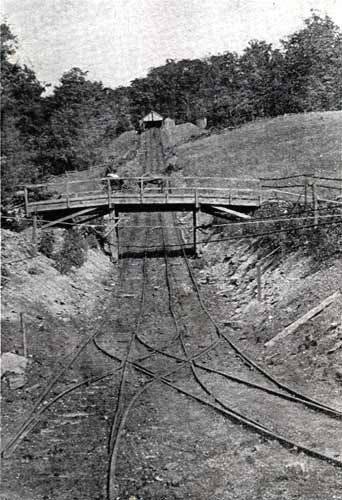 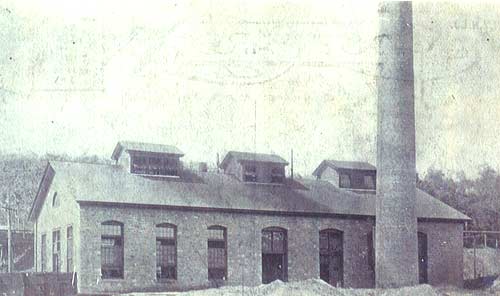 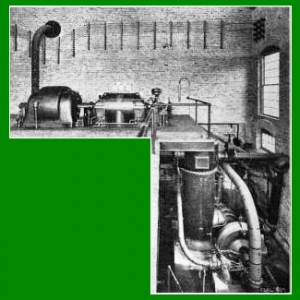 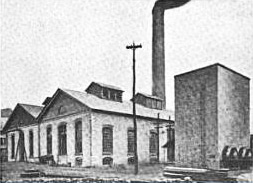 View of the powerhouse complex, including the addition to the original building (left), along with the cooling tower (right). (Coal Age, Nov. 2, 1912) 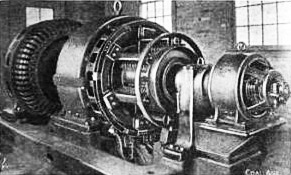 A motor generator set consisting of a synchronous motor and a D.C. generator. (Coal Age, Nov. 2, 1912) 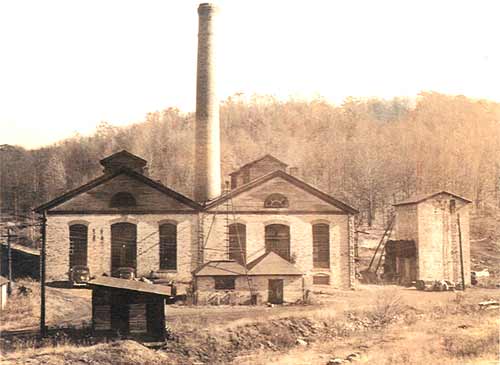 The Redlands Coal Company powerhouse and machine shop, circa 1940

The amount of capital stock of the corporation was $25,000, and the newly created company was enrolled in the charter book on December 27, 1904 and recorded January 2, 1905.

As it turned out, the Heilwood Coal Company was short-lived. Four mines were reported in the 1905 Pennsylvania Department of Bituminous Annual Report, with an annual production of 23,511 tons of coal and 157 employees. The following year, 1906, John Heisley Weaver divested himself of his holdings in the tri-township area to the Penn Mary Coal Company. The April 18, 1906 issue of The Indiana Weekly Messinger noted that the interests were sold for $1.8 million dollars.

It should be noted that all of the mines in Heilwood were known as “captive mines.” This meant that the coal mines were owned or controlled by either a steel company or some type of industry that needed a continuous supply of coal at its plants in order to manufacture its product. In most cases the total coal production was shipped directly to the plants and very little, if any, would reach the open market.

MULES IN THE MINES

In June of 1905, J. E. Miller of Glen Campbell was awarded the contract to erect the power house, which was constructed of stone, brick and steel, and cost $12,000 to build. Located southeast of the town, the building was of the vernacular-industrial style typical in the late 19th and early 20th century. It was rectangular-shaped with minimal ornamentation and numerous window openings, featuring arches and transoms over the windows. There were also elliptical fans in the gables and a gabled clerestory (a cupola-type structure on top of the roof – see photos).

The power plant continued to function very well for several years, supplying the nearby mines and Heilwood with direct current power. However, as additional mines were opened at a greater distance from the facility, it became necessary to transmit higher electrical energy to these operations.

After evaluating the existing facility, it was determined that adding some additional pieces of equipment would allow the exhaust steam from the reciprocating engines to also efficiently produce electrical power. Several new boilers were added, along with a low-pressure Westinghouse-Parsons steam turbine, an alternating current generator, a surface condenser, and a cooling tower (see photos). With this equipment in place, the steam being produced by the reciprocating engines could then be collected in an exhaust line and run to the turbine and alternating generator, which would then produce a higher voltage power that could be transmitted to the outlying mining operations.

The 2200 volts of alternating current being produced was sent over #1 hard drawn copper wire, which was supported on chestnut poles set 120 apart directly to the outlying Mine #2
and Mine #6. At each of these locations, brick substations equipped with a 300 KW, 250 volt generator, driven by a 450 hp synchronous motor (see photos) converted the AC current to a more usable 250 volt current, which was then used for lighting, haulage, pumping, and ventilation purposes. The substation at the #6 Mine probably also supplied power to the #8 Mine, as well as the #7 Mine, both within short distances.

Even with the additional costs for the new equipment, along with the addition to the existing power house, over $400/month in savings was realized, and power production was increased by nearly 40%.

It should be mentioned that not all of the steam produced by the engines went into the turbine. Some was still utilized for hoists, punches, and heat for buildings at the Mine #1 complex.

It is quite possible that the insurance firm of Miller & Dumm of Barnesboro, Pa. wrote the first policy to insure the facility. A non-mining fatality in Heilwood occurred during the construction of the power plant, when a carpenter from Nanty Glo fell 20 feet from a scaffolding and struck a generator below. He died the following day. 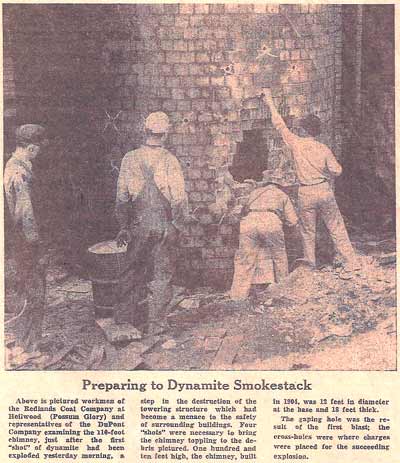 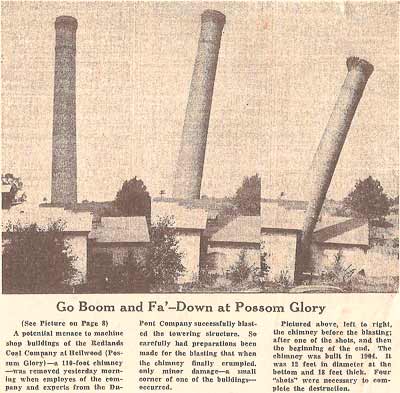 Newspaper articles from September 1941 illustrate the day the power house chimney came down.

In September 1941, the 110-foot chimney behind the machine shop was removed by experts from the DuPont Company of Delaware and workers of the Redlands Coal Company. The chimney, constructed in 1905 as part of the electrical generation for the town and coal mines, had become obsolete and presented a towering hazard to the nearby buildings. Four shots of dynamite were necessary to bring down the structure and the entire process went almost without incident – only a small corner of a nearby building was damaged.

The chimney of the Heilwood coal mine power house was 110 feet tall and had a diameter of 12 feet at its base!