Winter scene of Staff Street and the ‘main drag’ in Heilwood, taken in 1911. 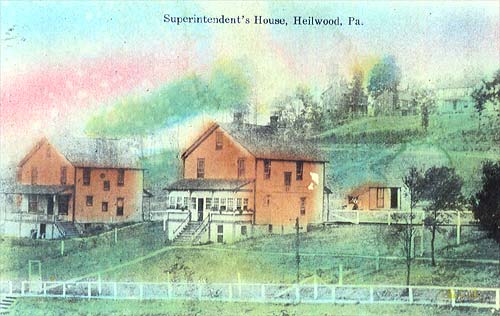 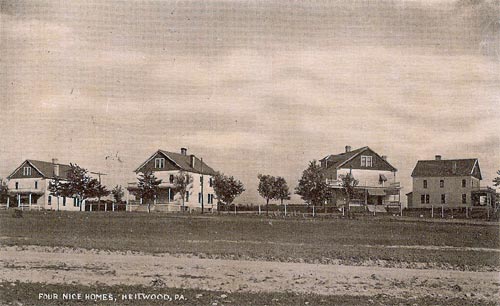 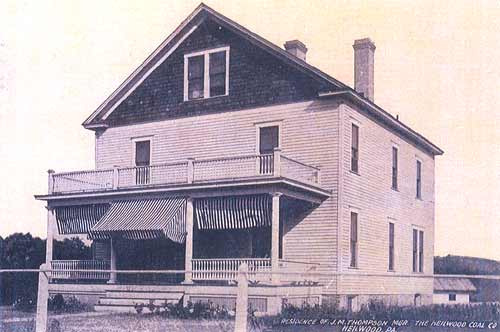 The Bungalow is the third building from the left (1911) 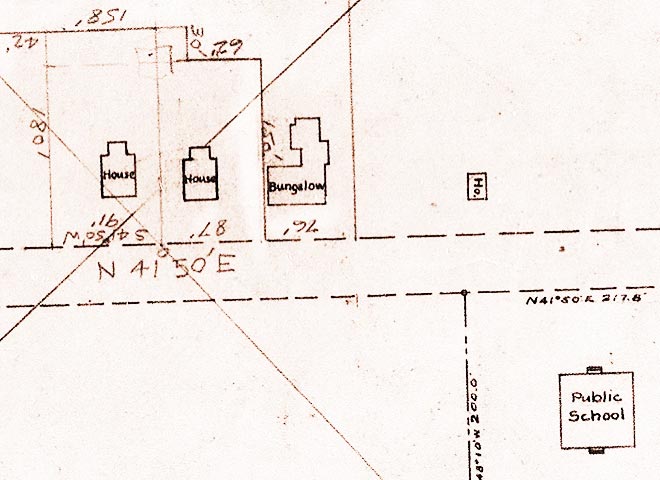 There was a definite hierarchy of housing, obvious to anyone who passed through town. 1st Avenue (1st Street) was for the coal company officials such as the foremen, face bosses, clergy, or policemen. 2nd Avenue (2nd Street) housed company store workers, mine office clerks, or “minor” (though still American) company employees. 3rd Avenue (3rd Steet) marked the beginning of the “foreign” element in town – Italians, Irish, Germans, and other ethnic groups.

The Eastern Europeans who were recruited for the mines were housed closer to the actual work – in Heilwood’s case, along the perimeter of the town, on the sloping hillside.

An additional boarding house was constructed when H. P. Dowler was Superintendent (from 1906-1914). It was located near the two mine official’s homes along Route 54, just down the road from the elementary school (see map). Referred to as “the bungalow,” it was a large cottage-style building consisting of 17 rooms and several bathrooms (see photo).

Although there is no mention of who exactly boarded there, it was most likely company officials, coal company visitors, and/or teachers. It was totally destroyed by a fire in December 1921.