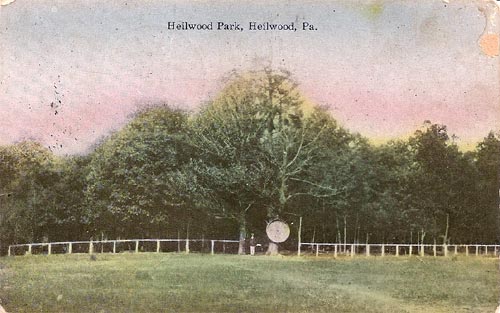 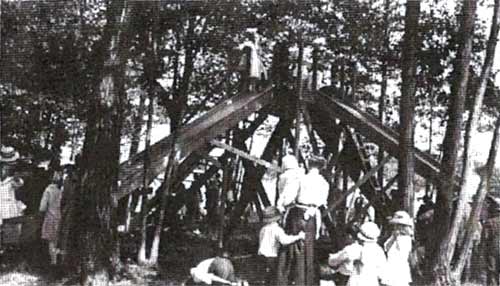 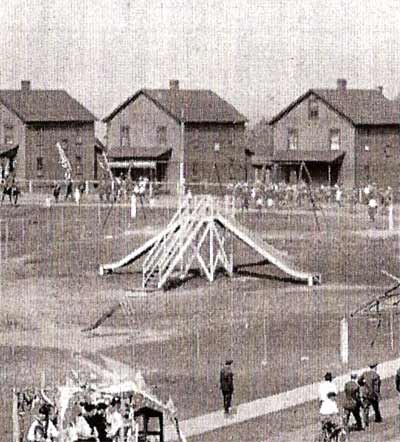 Example of the type of sliding board built inside the park area. 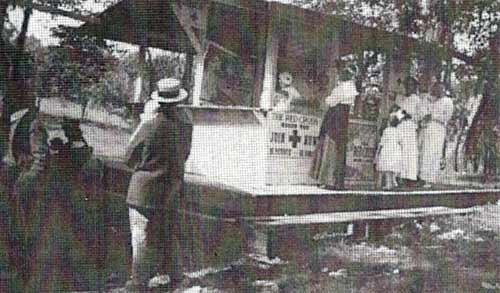 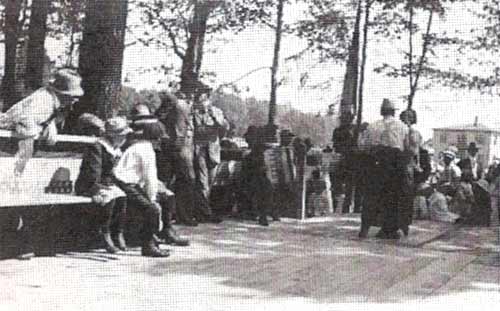 In the background of this photo, the dance floor is in the process of being enclosed (ca. June 1924) 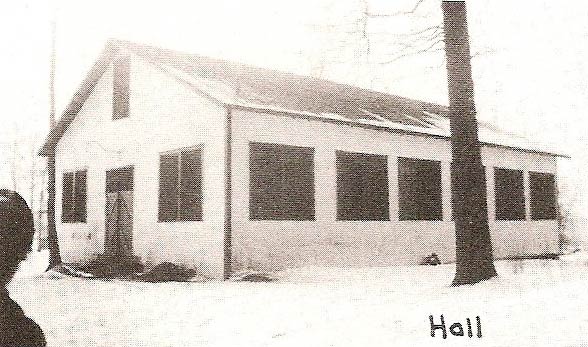 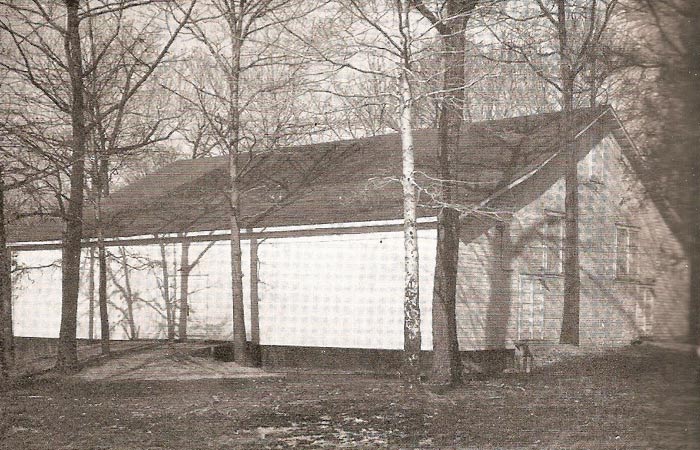 Gymnasium, after it was remodeled with the addition of ‘wings’ to each side (circa 1948)

The earliest reference to this area of the town, a patch of ground adjacent to the baseball field, is in a June 1907 letter to the Freas Company of Punxsutawney. In preparation for the upcoming Fourth of July celebration, mine Superintendent Harry P. Dowler had hired the Freas Company to install wiring in an area he refers to as “The Grove.” Dowler wanted about fifty lights attached to the trees, and even requested some red and blue bulbs.

Additional lights were also to be installed in the the pavilion located in the same area; an outside, raised, wooden platform utilized as a dance floor (see photo below). It’s possible that there were two or more of these platforms in the park area, one of which was later enclosed to become the gymnasium for the high school (see photo below).

In addition to the dance floors, there was a large wooden structure with multiple sliding boards (see photos) for the children, as well as booths for local civic groups (see photo). 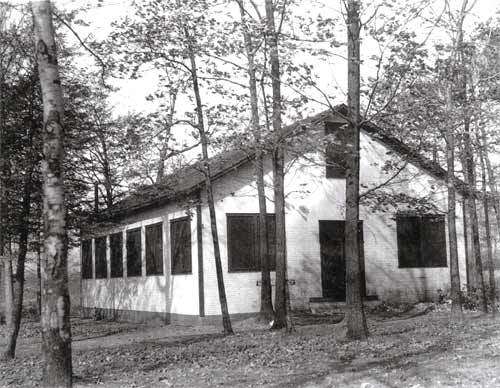 Although there are no specific documents to verify its construction, around 1924 the Bethlehem Mines Corporation enclosed one of the outside dance floors in the Heilwood Park area (see photo below right).

Heated only by two pot-bellied stoves in opposite corners and with no seating for spectators, the resulting structure became the future community center and later, the home gymnasium for the Pine Township High School basketball teams.

Electric scoreboard for the remodeled gymnasium purchased by the student activity fund, circa 1949

A gymnasium that actually belonged to the Pine Township School District did not materialize until the late 1940s. After getting bids for its own facility, the Pine Township School District concluded that it was too expensive and decided, reluctantly, to accept the offer of the Red Lands Coal Company to lease the existing building with some modifications. In April 1948, John Lowry (on behalf of the Redlands Coal Company) suggested the following modifications to the building:

“Alter present building by adding 15 feet to its length. Add ‘wings’ on either side thereby utilizing present width of hall for playing floor. Raise height 4′ erecting bleachers on the one side for 260 people and a stage on the other side. Lay a new floor – install steam heat with a furnace in a separate building. The Pine Township School District could then least the building at a nominal rental fee.”

These leasing arrangements with the various coal companies continued until 1952, when the gymnasium was finally sold to the school district by the Pine Township Coal Company. 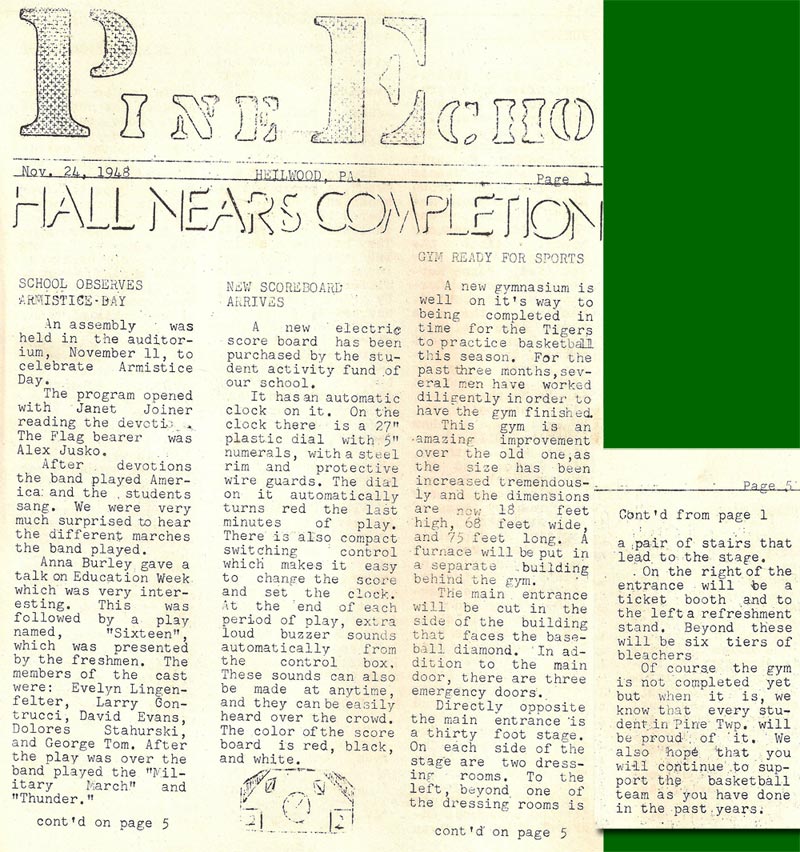 This 1948 issue of the school newspaper The Pine Echo features articles about the new scoreboard and addition to the gym.