This clipping from the February 6, 1933 edition of The Indiana Evening Gazette mentions the opening of the rifle range in Heilwood.

This clipping (from March 1941) is the last to mention an independent Heilwood team.

This clipping (from April 1941) shows various members of the Heilwood club now shooting for other teams.

Records indicate that Heilwood shot competively against Ernest, Rossiter, and Indiana. As was the practice at these matches, the home team would furnish a light lunch after the match, followed by the teams having a little “off-hand” shooting. One such engagement with the Ernest team didn’t last too long. A member from Ernest shot out the lights at the indoor range and the evening came to an early end.

*The disbanding of the team may have been directly related to the Town Hall being cited for unsafe conditions. The building was taken from the tax records in 1940, which suggests its possible demolition. 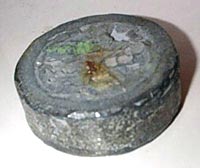 In an interview with a former Heilwood resident regarding the rifle range located in the Town Hall, he related the following story:

“When I was about 10 years old, the gang of kids I ran around with managed to get into the rifle range in the basement of the Town Hall. At the end where the targets were, they had installed large baffle plates to deflect the bullets into a pit of sawdust, where we uncovered a real find – numerous lead bullets. We found a container and gathered up all the lead bullets we could, and then headed home. In the alley behind our house, we built a large fire and started to melt the lead – it worked like a charm. The result – my mother had a new door stop.”

The Winchester Model 52 was a bolt action .22 caliber target rifle introduced by the Winchester Repeating Arms Company in 1920. Known as the “King of the .22’s”, it was the premier small bore match rifle in the United States into the 1970s. Herbert Houze, the Winchester historian, called it “perfection in design”. 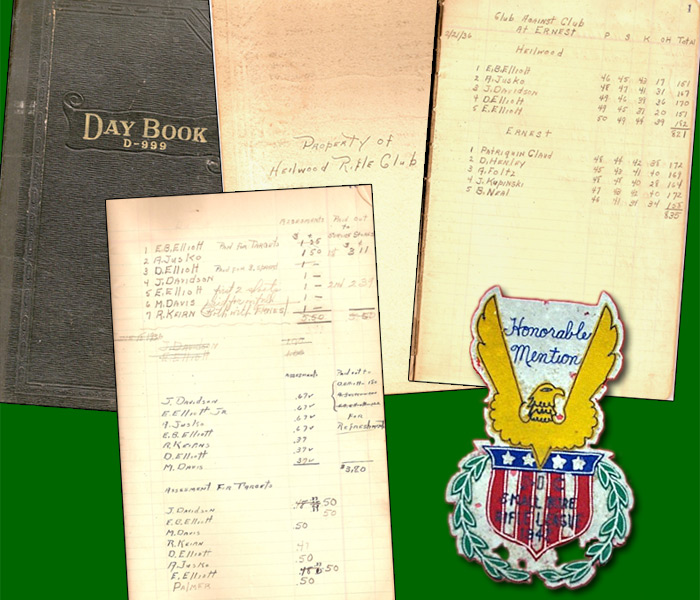 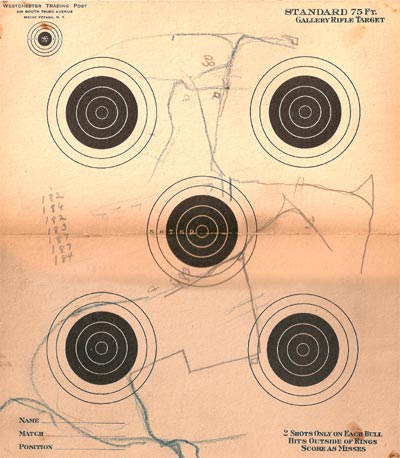 Actual target used for a Heilwood Rifle Club match against Rossiter on February 19, 1937. 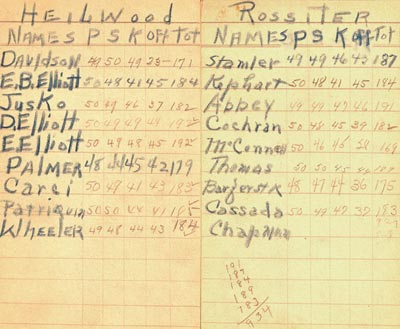 The scores from the same match (February 19, 1937), which were kept on the back side of the target.