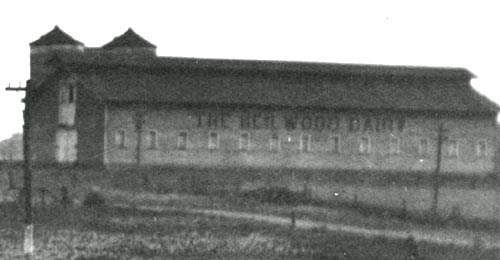 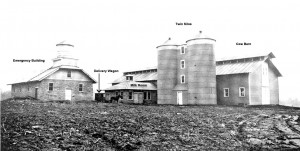 Exterior view of the Heilwood Dairy 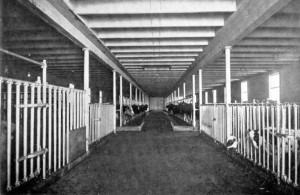 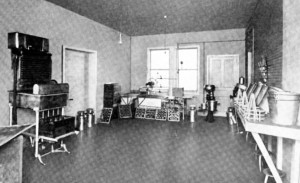 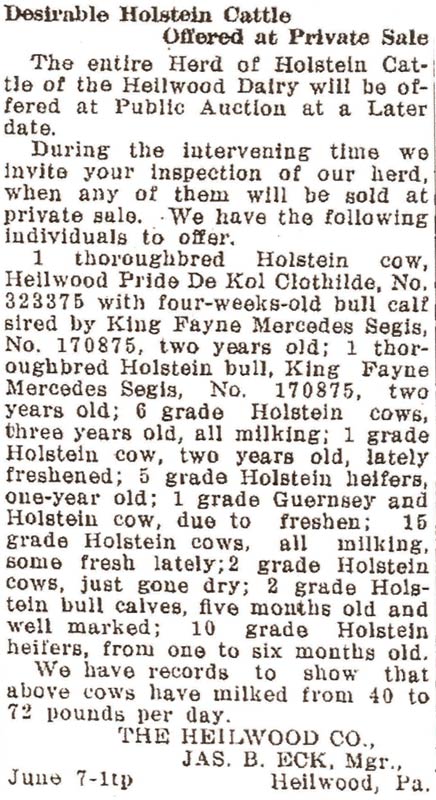 1916 newspaper ad for the auction of Heilwood Dairy cattle

1921 newspaper ad for the J.B.Hanna auction 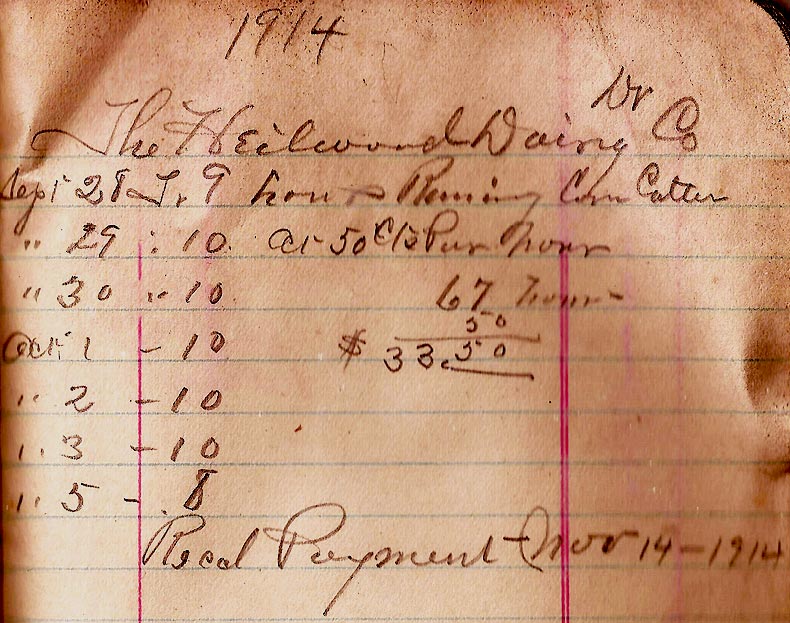 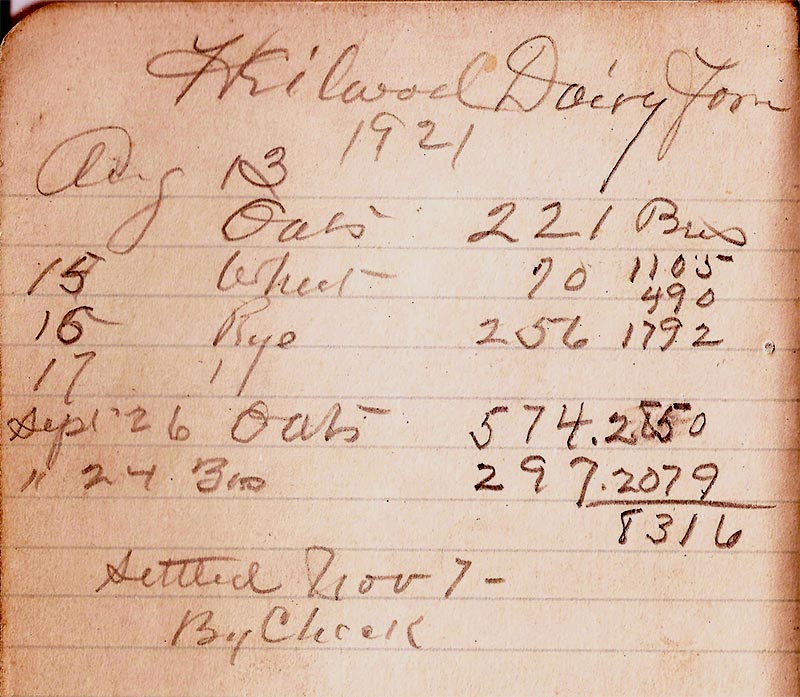 Scans of bills that the Heilwood Dairy paid to R. D. Holmes for thrashing grain and running a corn cutter.

Penn Mary Coal Company records indicate that as early as 1909, Superintendent Harry Dowler had exchanged correspondence with W.H. Johnson in nearby Arcadia regarding the possibility of starting of a dairy in Heilwood. However, no other reference can be found concerning this undertaking until December 27, 1912, when The Indiana Evening Gazette reported that “27 head of Holstein cows had been purchased in Washington County, Pennsylvania by the Penn Mary Coal Company.” This suggests that the dairy facilities were constructed and ready for operation.

Signing a 20-year lease on 400 acres of farmland located northeast of the town, the Heilwood Company managed the new facility (see flyer further down the page). The dairy consisted of three main buildings (see photo). The largest was a two-storied frame building, 40’ x 130’. It had a concrete floor with water troughs, steel stalls, and stanchions. The second floor was divided into two areas – one for hay and straw, the other for feed. Located on the northeast side of the main barn, and connected to it by an entryway, were two silos, each holding 150 tons of silage. Adjacent to the silos was a smaller building – the milk house. This building was also connected to the main barn by an 8’ x 14’ entryway, which included a room for the “milkers” to change clothing, plus a room for milk scales and a laboratory!

The emergency building (or barn #2), contained the boiler room, coal bins, and six stalls for sick cows. Electricity and water were provided to the facility from the power house and water tank in Heilwood. The entire facility cost nearly $15,000. 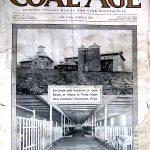 1913 issue of Coal Age magazine, featuring the Heilwood Dairy on its cover.

Heilwood Dairy bottles, manufactured between 1912 and 1921. Milk was available in both pint and quart-sized bottles.

Flyer probably distributed by the company store (circa 1915-16) showing the connection between the Heilwood Company and the Dairy.

1917 newspaper ad for the auction of Heilwood Dairy cattle

In addition to producing “regular” milk for the town costing $.08 per quart, the Dairy also produced a “baby milk.” This milk was produced by several cows that produced low butter fat content in their milk due to a special diet. This milk was sold especially for babies and “invalids” at a cost of $.10 a quart. Utilizing a horse and closed wagon, two men delivered the milk throughout the town.

Management of the Dairy appears to have been directly tied to that of the Company Store, which oversaw both operations. However, E.E. Blackburn would supervise the daily operation of the dairy.

Documentation of the Dairy’s later operation is difficult to locate. However, The Indiana Evening Gazette reported on May 29, 1915 that, “The Heilwood Dairy continues to be one of the finest in Pennsylvania.” Also, the July 14, 1915 issue of The Indiana Progress mentions that manager B.W. Ross was in New York to purchase new milk cows.

Within a year, the operation of the Heilwood Dairy apparently took a turn for the worse. On June 7, 1916, The Indiana Progress reports that the entire herd of Holstein cattle (numbering 44 head) belonging to the Heilwood Dairy was to be offered at Public Auction. Prospective buyers were encouraged to travel to the Dairy to inspect the herd, which would be available for private sales (see ad). A year later (May 9, 1917), another auction is reported that also involves Holstein cattle, which were probably the remaining stock (see ad).

B.W. Ross remained until February 1918, when he moved to Clymer and was employed at the Clymer Brick Yards. Another employee, James B. Hanna (who, incidentally, had three sons serving during World War I), continued to live on the Dairy property after its closure. He remained there until November, 1921, at which time a public auction was held and his personal property was sold (see ad).

By 1919, the Heilwood Dairy no longer appeared on the Pine Township tax records. However, the main barn remained on the tax records until 1934.

It should be noted that during the coal strike of 1922, the now-former Heilwood Dairy grounds were offered to the Governor of Pennsylvania as an ideal site for the location of National Guard troops. The troops were stationed in Heilwood during the Summer and Fall of 1922, but they were instead located on “Soldier’s Field”.