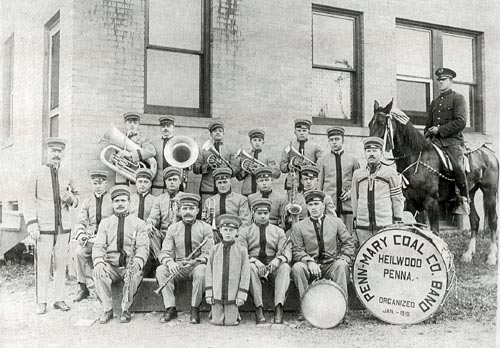 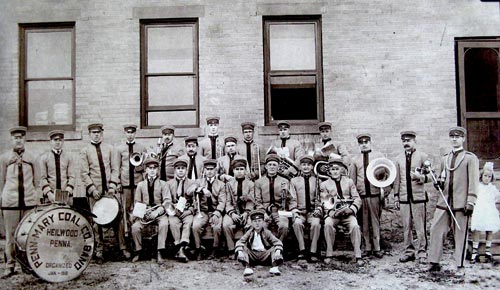 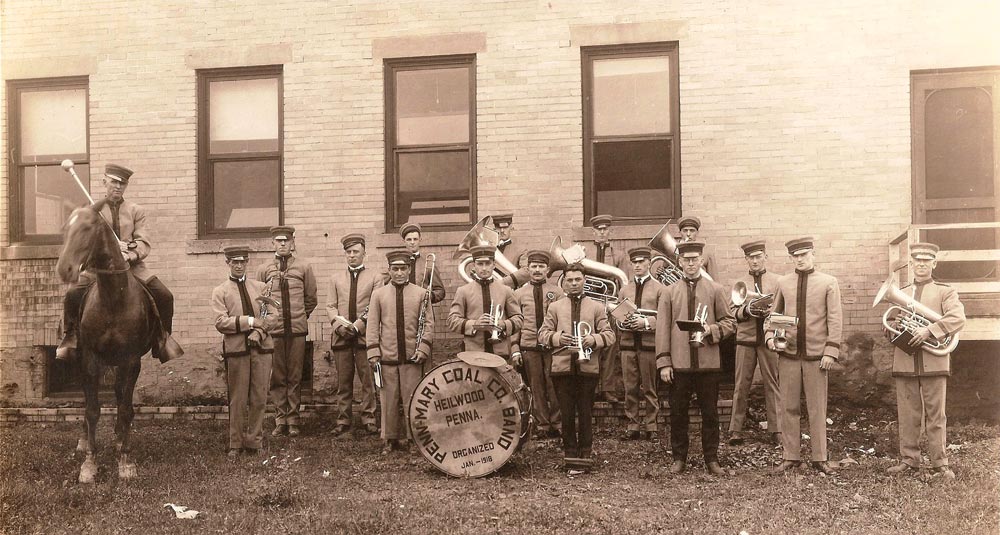 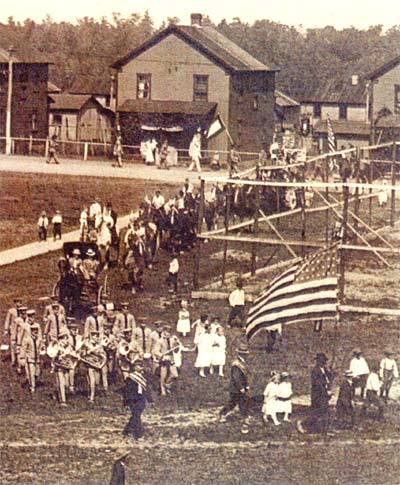 The Penn Mary Coal Company Band marching in a parade-circa 1918. 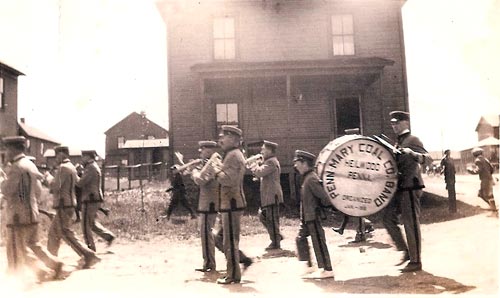 As early as November 1907, Dr. Ralph McHenry and Mr. Conville, with the approval of Harry P. Dowler, were holding “organizational” meetings in the town hall to form a community band. Officers for the organization were elected and a list of 31 applicants for membership in the group was gathered (unfortunately, the names of the officers and applicants is unknown).

William Woodhouse of Patton, Pennsylvania was not only very “instrumental” in the creation of the band, but was also in charge of purchasing instruments and uniforms for 16-18 members. In December of 1907, Woodhouse turned down Dowler’s offer to lead the band, since he had accepted a similar position with the Vintondale Y.M.C.A. band.

Additional records indicate that the search for band instruments was still ongoing in October 1908. Each instrument was to be engraved in small script: “Property of Penn-Mary Band, Heilwood, Pa.” (see photos).

A Penn Mary Band cornet, manufactured by the Distin Company of Williamsport, Pa. (circa 1903-09).

Once organized, the band became a fixture (see photo). It led parades through Heilwood and held concerts in the park, utilizing a band stand built for such purposes.

The earliest mention of a performance is in February 1909, when the band held a dance in the Heilwood Town Hall.

On May 25, 1910, The Indiana Democrat reports that the 18-member “Heilwood Military Band” participated in a Memorial Day/Hero Day parade in Indiana. Charles Ganoe is designated as the leader of the band. Several months later, on October 19, a Republican Party rally was held in Indiana. The Heilwood delegation was reported as the most imposing out-of-town representatives, leading a parade along with mounted men and the “Heilwood Cornet Band”.

The following year, the “Heilwood Brass Band” is reported to have provided entertainment for a W.C.T.U. picnic in Pine Flats.

No additional information is found again until 1915, when The Indiana Progress reports in its June 9 issue that a ‘benefit dance’ was held in Heilwood in support of the Heilwood Band. In July of the same year, the “Heilwood Cornet Band” leads a parade around Heilwood in celebration of the marriage of James Meehan, a coal company official and his bride, the former Bessie Dickie of Indiana. The couple was hauled through the town in an old dump cart.