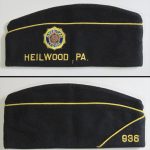 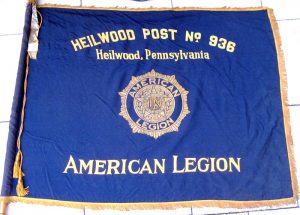 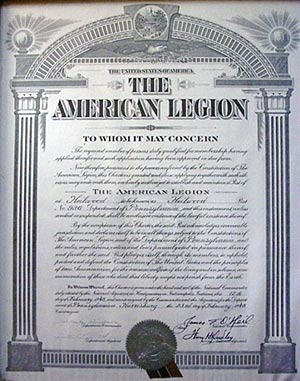 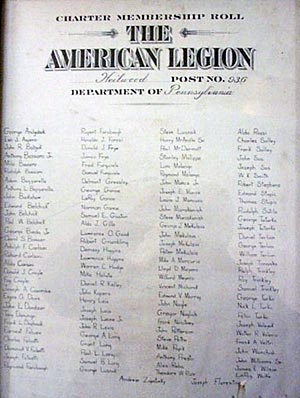 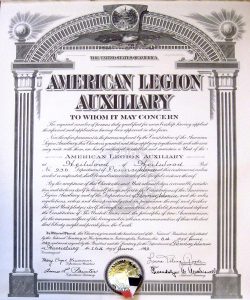 On November 16, 1946, the first new American Legion Post to be chartered in Indiana County since the end of World War II was established in Heilwood (click here for a list of charter members).

Lawrence Redding, Commander of the American Legion’s 27th District, installed the new officers of Heilwood Post #936 and presented the newly-elected Commander, Harry McCardle, with the charter. Sixty-four members were included in the charter (see photos).

The newly created post received permission from the Pine Township School Directors to conduct their meetings in the high school until their new building could be constructed.

As part of their fundraising, the newly formed post began sponsoring games every Thursday evening at 8:00 in the Heilwood Clubrooms on the second floor of the company store building. The public was cordially invited to attend.

In April 1948, the Monroe Coal Company sold .34 acres of land directly below the Barber Shop for $100 to the American Legion Post # 936 of Heilwood. The American Legion building was constructed on this site (see photo). 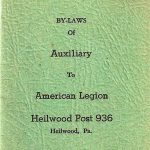 By-laws of the women’s auxiliary to the Heilwood post of the American Legion. 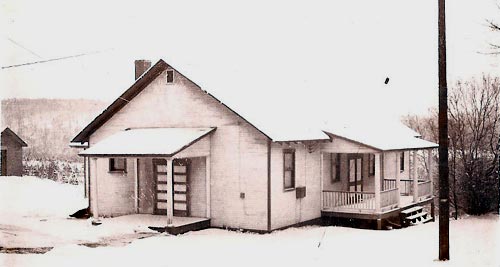 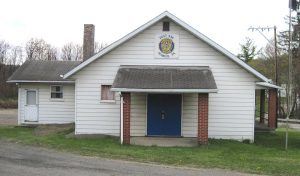