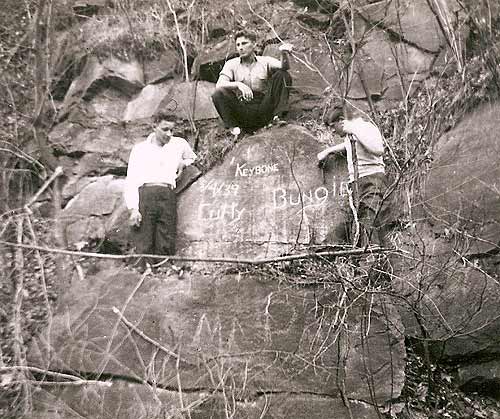 (L-to-R) Ignazio “Cutty” Arello, John “Keybone” Reba, and Frank “Bungie” Stronsick after making their marks. It appears that Stronsick is still holding a railroad spike in his right hand! 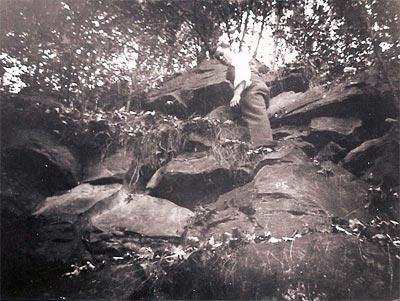 In 2007, a resident of the Heilwood area told me about a place near the “ol’ swimming hole” (Two Pipes) where the youth of the town would use railroad spikes from the nearby tracks to chisel their names onto the face of a rock formation. The approximate location was given to me and shortly thereafter, I made the trip to investigate the site.

I found the rock formation about a half mile south of Heilwood. There wasn’t much visible, as time and Mother Nature had done their best to conceal the carvings. But after removing some of the moss and debris, various names, initials, and carvings emerged. Visiting the site several more times, I found over 40 individual carvings. The task then became to photograph and try to identify the individuals who left their nicknames and initials behind. It also became important to establish a time frame in which these carvings were made.

Working with current residents of Heilwood as well as individuals who left the area years ago, it’s been possible to match many of the initials and nicknames to the proper names of their carvers (see the lists below).

As for establishing the time frame, the number “39” and the name “Roosevelt” point towards the late 1930s or so. And a recently received photo actually makes the time frame identification almost foolproof!

The photo (at right) shows three individuals gathered on the rock face. Each is positioned next to his nickname: Ignazio “Cutty” Arello, John “Keybone” Reba, and Frank “Bungie” Stronsick. Looking closer at the photo, directly above “Cutty”, the complete date is carved into the rock face – “5/4/39”. And if you look at Frank Stronsick’s right hand, you can see that he is still holding the railroad spike that he probably used to carve his nickname into the rock. Since there are no other names or initials visible in the photo, these three individuals may very well have begun the rite of carving nicknames into the face of the rock.

Additional trips to the rock face will be made in the hope that more initials and nicknames will be uncovered and identified. 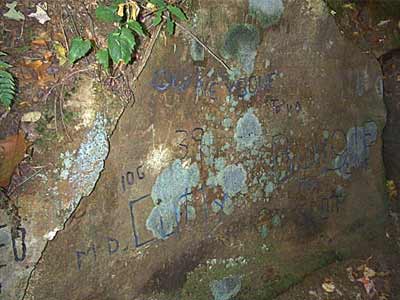 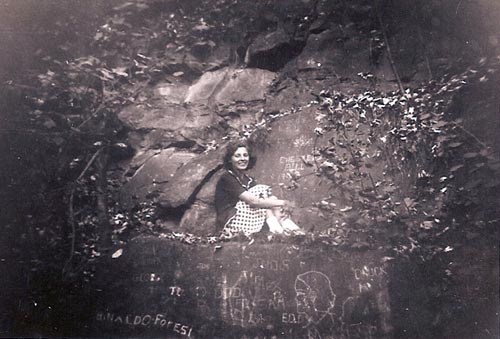 Ann Balog, sitting on the Two Pipes Rocks (circa 1942) 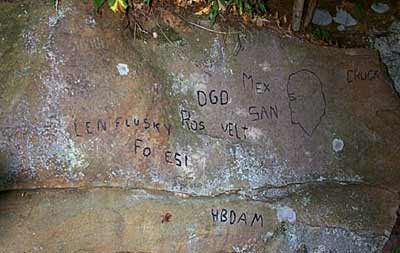 Names carved on this face of the rock include:
Anwa
Ped
Sheriff (George Terlion) 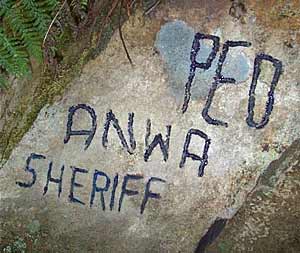 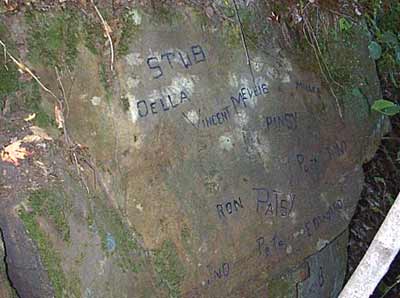 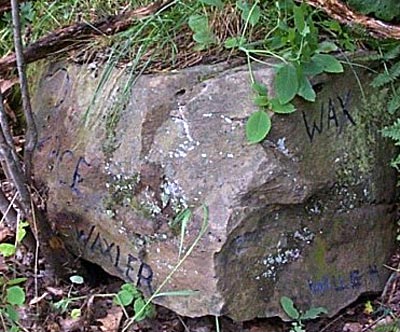 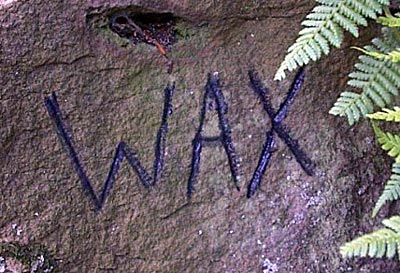 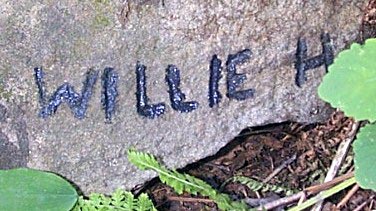 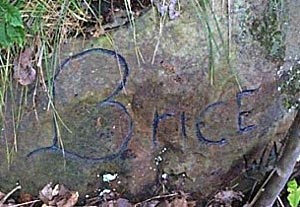