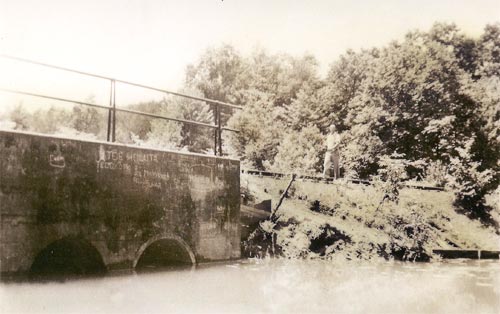 Two Pipes in its heyday. 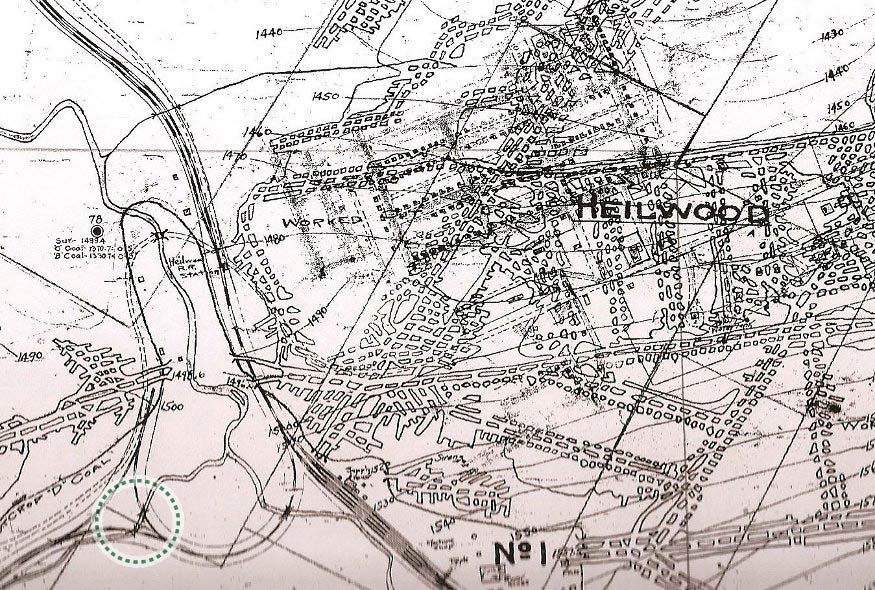 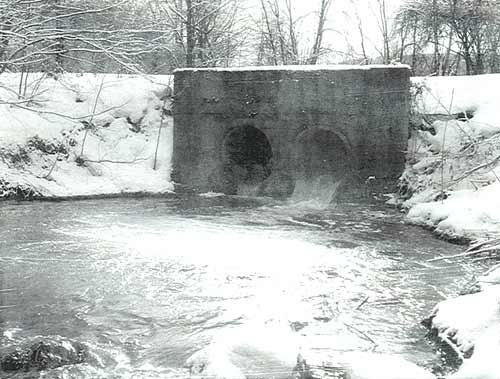 The Two Pipes swimming hole, circa 1963 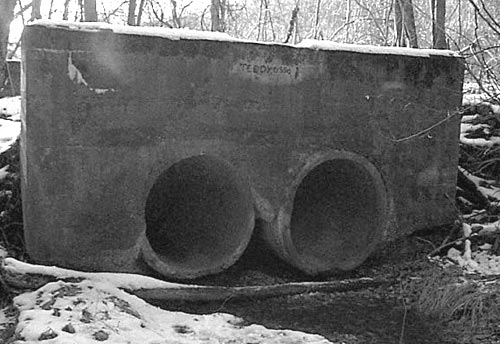 The remains of Two Pipes in December 2008.

In 1904, when the railroad line from Heilwood was being extended into the Leonard’s Run area to service Mines #2, #3, #4, and #5, a “wye” had to be constructed that would enable the steam engines to be turned around so they could go back out headfirst. Part of this construction diverted the existing Leonard’s Run water beneath the wye and through two large concrete culverts, which culminated through a concrete headwall. In time, the area where the two large concrete culverts discharged their water became a popular swimming hole for the local youths known as “Two Pipes”.

Although the water was always cold and the pool was deep, it didn’t prevent the area youths from making it one of their favorite places to cool off in the summer. One resident remembers being thrown into the water “sink or swim” by the older kids. Although he didn’t drown, the action was not appreciated. Also, a hierachy existed whereby the older youths would make the younger swimmers add additional stones to the breast of the dam before they were allowed to swim! In time, the large concrete headwall became a place for the youths to chisel their names, much like the Two Pipes Rocks area (see below).

One local resident remembers a friend chiseling his name in the headwall. The friend had difficulty making curved lines for the letter S in his last name, so he just made a block-style letter S. When the young man was finished, “Teddy Osso” would always be known to his friends as “Teddy O 5 5 O”. The resident expressed doubts as to whether the headwall and the names were still in existence, so a trip to the site became a priority.

Upon locating the site, it was clear that time and the elements, much like the Two Pipes Rocks area, had done their best to wipe clean all the names. However, after some searching, two names were uncovered. One was an “Eddie M” in the lower right corner, and the other was none other than “Teddy O 5 5 O” (see photos).

The photo at top documents the headwall as it existed sometime after names were chiseled into its face. Some of the names that are visible include: Kelly Suhar; Joe Holuta; Joe Minerovich; Patsy / Nick Reba; and Brice / Pete Salley.