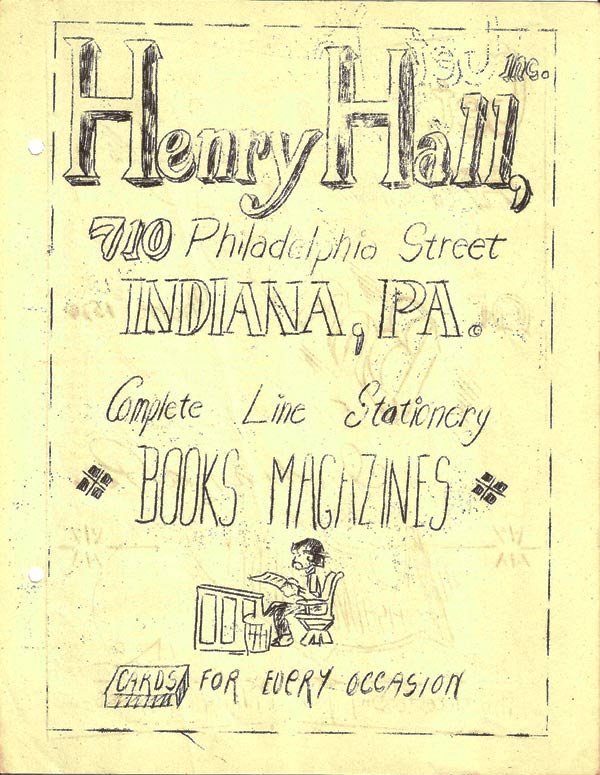 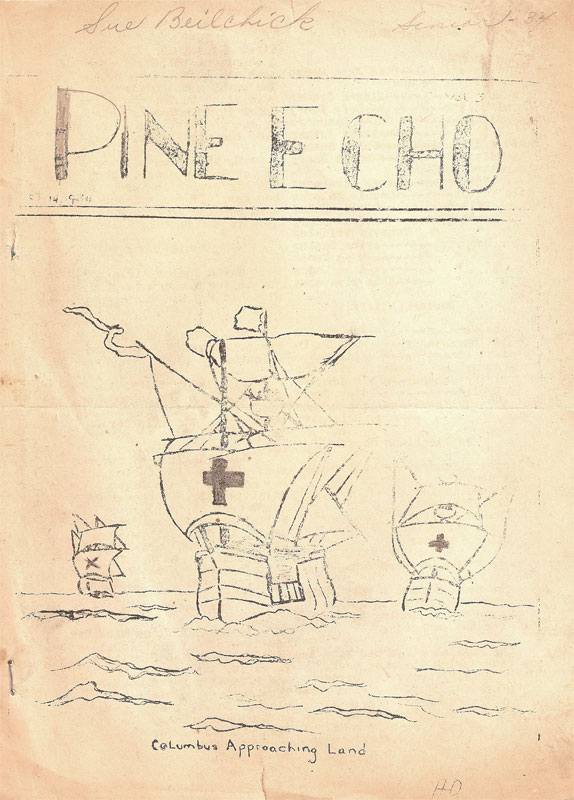 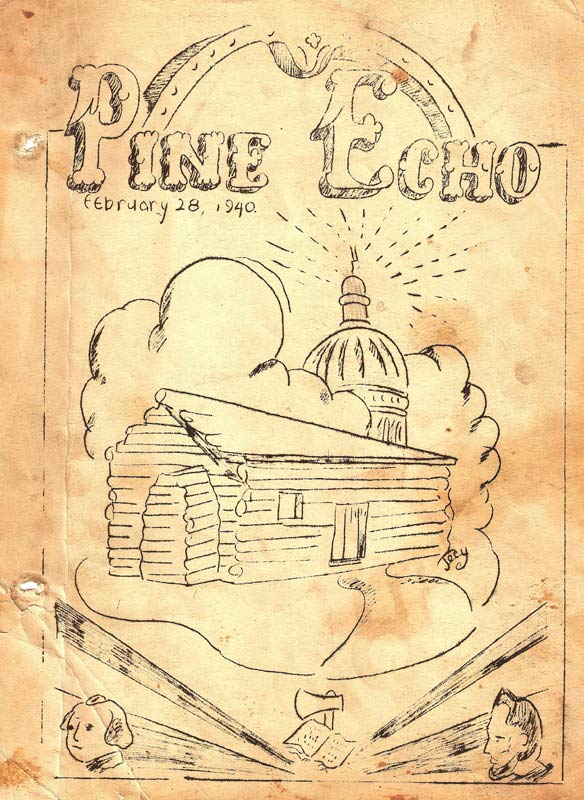 In the years prior to the publication of the “official” first school newspaper in 1930, PTHS students did have a school paper of sorts. Literary societies were established in each of the high school classes and on one Friday afternoon every month, an assembly was held at which one of the societies entertained. A very complete school paper was prepared and read at each of these assemblies. Although it was not as formal a publication as those that would follow, these early efforts marked the beginnings of an official school newspaper.

The first formal, printed issue of the school newspaper (titled Hi-Times) made its debut on February 28, 1930 (see photo). Without an established Commercial Department, various students were given assignments to write about a selected topic. Once completed, these articles were submitted to the Principal, Mr. Laing, who proofread and sent them out to be printed, quite possibly at Henry Hall located in Indiana, Pennsylvania* (see photo).

In 1931, the Commercial Department was established, but due to the extra work required to establish the new department, the school paper was put on hold for a year.

Beginning in 1932, a staff of students were either selected or elected to serve in various positions on the newspaper. The positions were: Chief Editor (Art Dinsmore); Assistant Editor (Irene Seaman); Art (Kenneth Neill); Jokes (Emma McFeeley); Business Manager (Jay Williams); Faculty Advisor (Miss Watson). In the following years, additional positions were established to further cover activities at both the high school and the elementary grades.

The 10th anniversary issue of the Pine Echo (published on February 28, 1940 – see photo of the cover) states that in 1930, “the naming of the first school newspaper created a lot of discussion and some arguments. After much debate, an election was held in which names were suggested and voted upon.” There is no specific mention of the election results, but the name chosen may have been Hi-Times, as noted previously. The earliest available copy of the school newspaper (from September 1934 – see photo) suggests that the name may have been changed from Hi-Times to the Pine Echo sometime after the initial issue in 1930.

The name Pine Echo adorned the school newspaper for almost three decades until 1960, at which time the last issue was published when the last graduating class graduated and the high school was closed (see photo).

*The first advertiser for the first school newspaper was Henry Hall of Indiana, Pennsylvania. Additional support of the early school papers came from merchant A. S. Groswold of North Heilwood/Jewtown, B&A Adams, and the National Bank of Cherry Tree, Pennsylvania. The majority of the advertising ads were designed and drawn by various members of the staff of the newspaper. 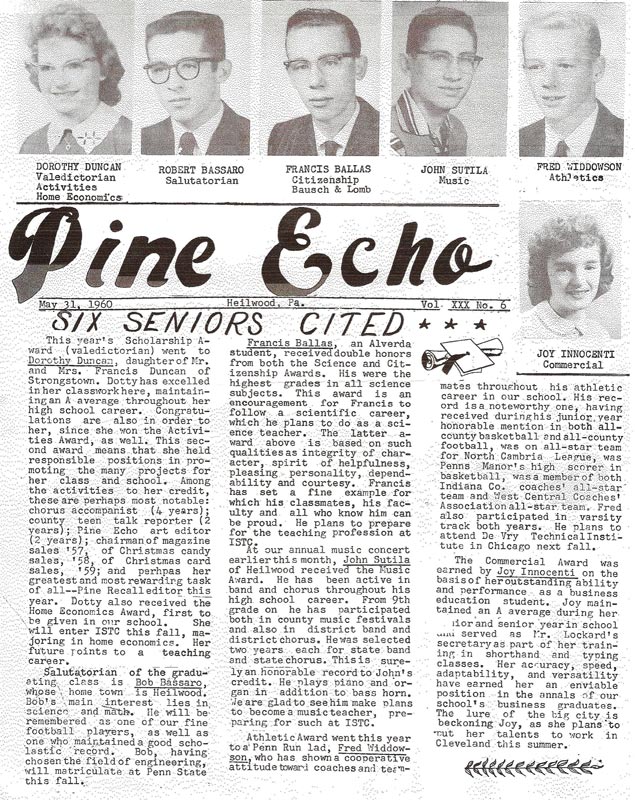