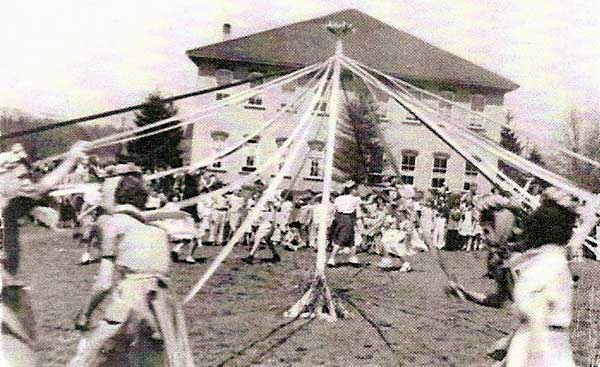 The winding of the maypole in Heilwood. 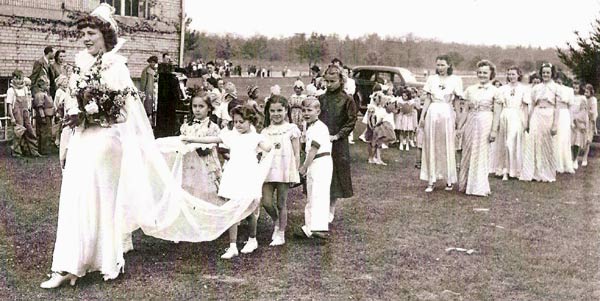 1939 May Queen Wanda Pampe and her court. 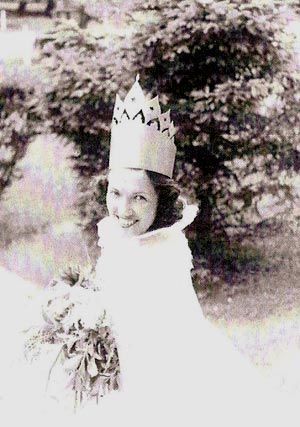 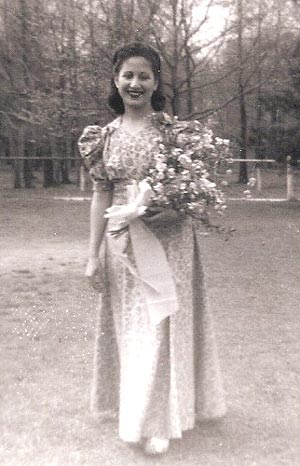 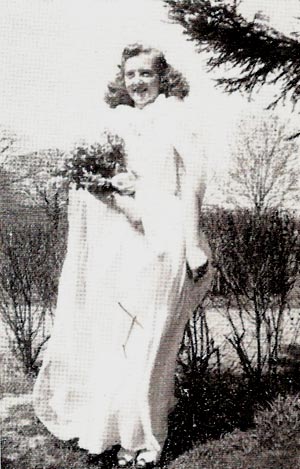 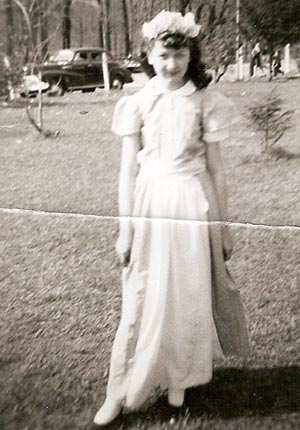 Sally Lunn, a member of the court. 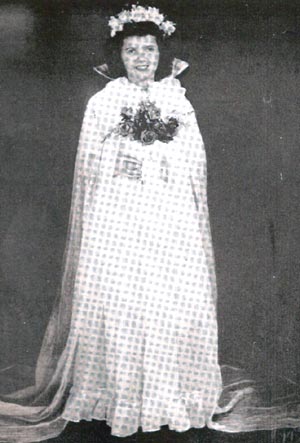 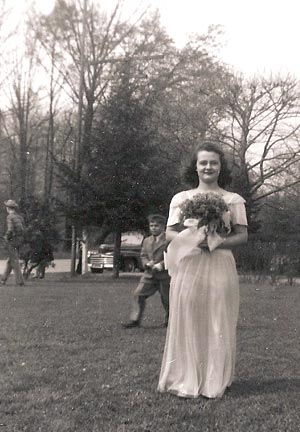 Joan Lockard, one of her attendants. 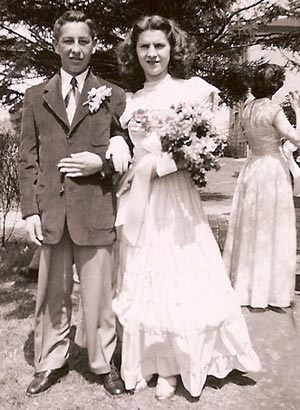 Jim Foresi and Jeanne Simon, members of the 1950 May Queen court

The celebration of the coming of summer is a custom dating to the ancient Romans. In their spring festival called Floralia, they gathered flowers in honor of Maia, the goddess of springtime (for whom the month of May was named). The celebration’s purpose was to insure abundant crops.

As the custom was passed from the Romans to the various peoples that they conquered, the celebration became more elaborate. A King and Queen of May were chosen to reign over the festivities, and the singing of spring carols, as well as dancing around a maypole, became popular. The custom of braiding ribbons or streamers around the pole didn’t become popular until the later part of the nineteenth century.

The earliest record of a celebration of May Day (May 1st) in the Heilwood schools was in 1936. Ellen Boggen, a senior, was selected by her peers to be Queen (see the full list of May Day Queens below, plus photos). Additionally, a court, train bearers, a cushion bearer, a crown bearer, and petal strewers were selected from the school’s student body.

The celebration involved the entire grade school – 1st through 6th grades – and in some years, even the 7th, 8th, and 9th graders. The program was held outdoors, usually on the lawn adjacent to the elementary school. Each class, supervised by their teacher, would present a skit such as a “Dance of Greeting”, the “Virginia Reel” or a marching drill to the “Parade of the Wooden Soldiers” for the enjoyment of the Queen and her court. In many cases, the children were dressed as flowers or nymphs, connecting them to nature. The celebration lasted an entire afternoon and culminated in the winding of the maypole, usually by the 6th graders while accompanied by the traditional piano piece “Country Gardens” (see top photo). Additional music was provided by the chorus from the high school, and even the entire school band in later years.

In an interview, one former Heilwood grade teacher recalled that leading up to the May Day celebration, the school didn’t have an indoor maypole to practice with, so they had to use the tallest boy in the class (with his arms outstretched over his head) as the practice pole.