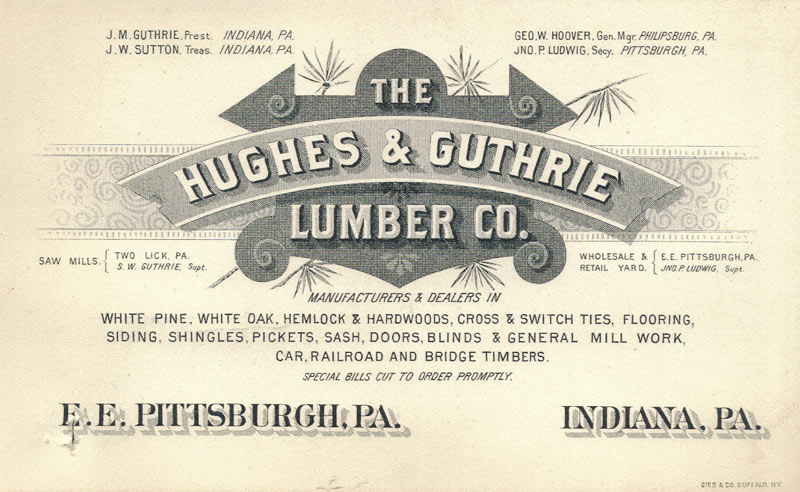 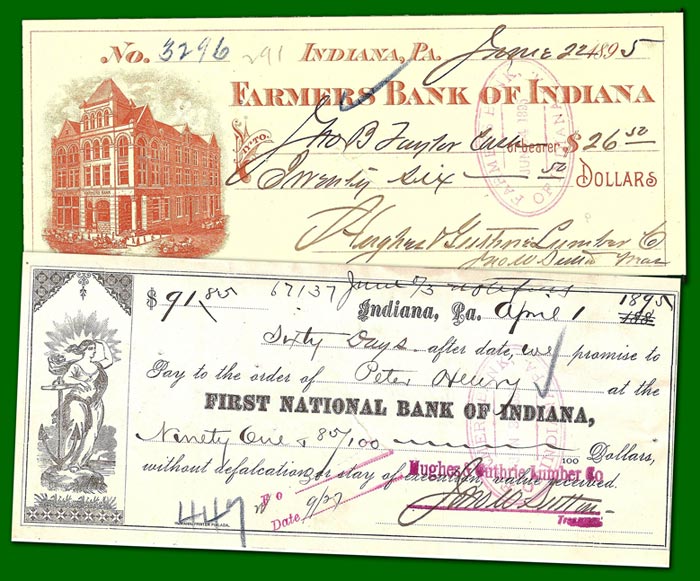 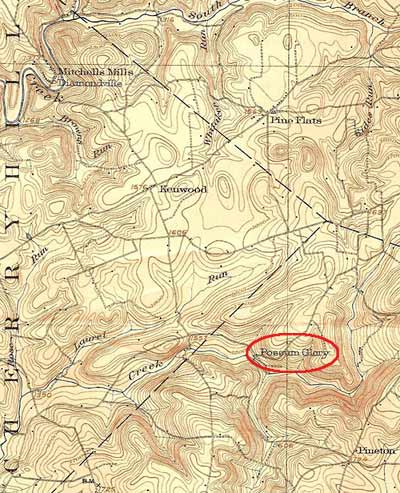 In 1850, a portion of Wheatfield Township (located in Indiana County, Pennsylvania) was sectioned off to create Pine Township. The new township was so-named because of the extensive pine forests within its borders.

It was within these forests, in the mid 1880’s, that J.M. Guthrie, a lumber man, established a settlement.  Located on the former Misner tract, it consisted of: 5 frame houses; a frame store room; 3 frame stables; a blacksmith shop along with other out buildings.  The entire area was supposedly under laid with coal. 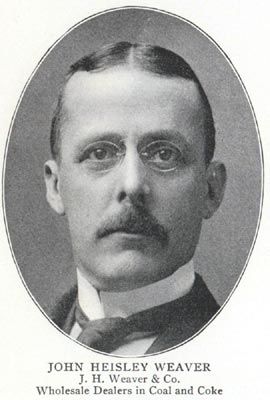 Over time, this area came to be known as Possum Glory (see map). Edward R. Sutton, an employee of Guthrie’s, is credited with coining the name due to the preponderance of possums in the area.

Prosperity was short-lived. Around 1894, the lumber business began to diminish and Guthrie was facing difficult financial times. Unable to acquit himself with his creditors, Guthrie’s lands were sold at a sheriff’s sale in June 1896 to J.M. Stewart of Indiana, Pa.

Within four years, Stewart would sell these same lands to a coal broker from Philadelphia by way of Williamsport – John Heisley Weaver (click to read his full biography).

In October 1904, The Indiana Gazette reported that the J.H. Weaver Coal Company of Possum Glory was sending a delegation of 50 men to a Republican Mass meeting in Indiana. The delegation was easily distinguished by its front marchers, who were carrying both an opossum and American flags – thus representing “Possum” and “Glory”.

By late 1904, Weaver had considerable holdings in Pine, Green, and Cherryhill Townships and was ready to begin building his own “model town.” The name of the town would be “Heilwood” – which was probably a combination of his nickname (“Heil”) and the name of his first coal mine in Kingwood (Preston County), West Virginia (“Heisleywood”).