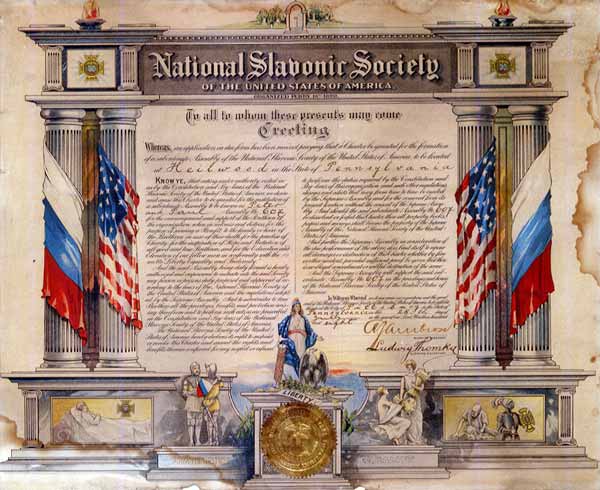 The charter document for Assembly #607 (Heilwood) of the National Slovak Society, signed on July 28, 1908. 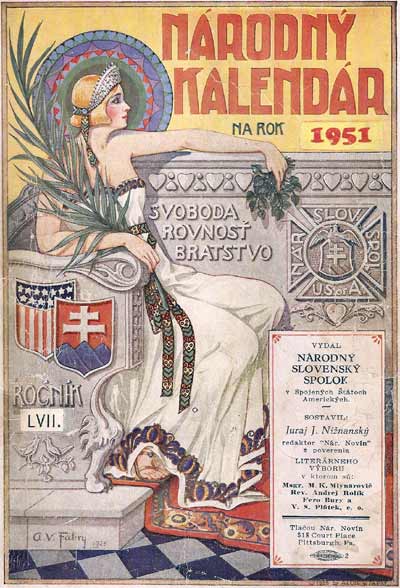 “The People’s Calendar” – a national, annual publication of the Slovak Society (1951) 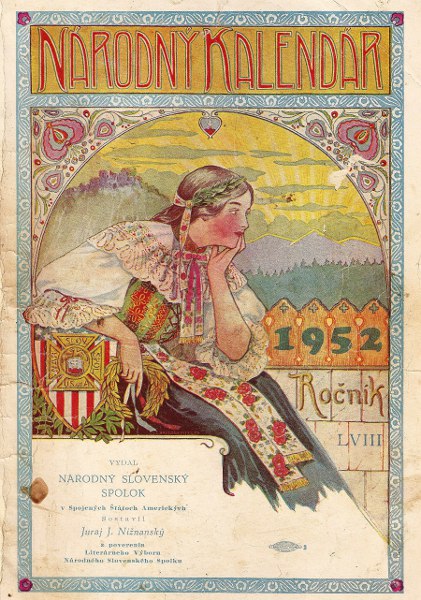 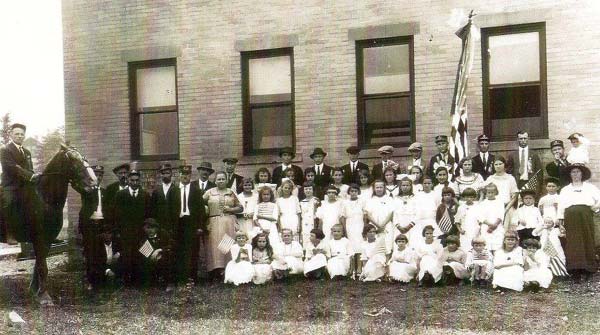 Heilwood chapter of the National Slovak Society (circa 1920) 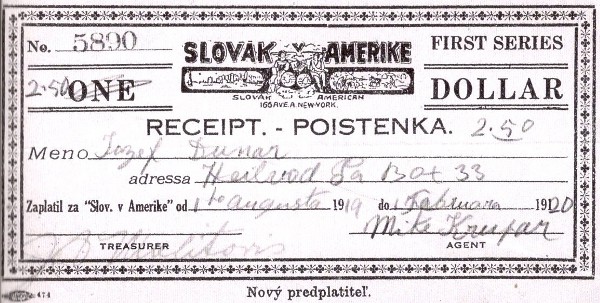 Receipt for a subscription to the Slovak Amerike newspaper (1920)

On July 28, 1908, the “Peter and Paul Assembly” #607 of the National Slovak Society was chartered in the city of Pittsburg, Pennsylvania (at that time, Pittsburgh was spelled without the “h” on the end). This assembly was based in Heilwood.

Organized by Peter V. Rovnianek in 1890, the National Slovak Society was created to unite all the smaller fraternal Slovak societies into one national fraternal benefit society for all Slovaks. Meeting in Pittsburgh, the Society drew up a list of objectives (see below).

Such private/voluntary societies were necessary due to the lack of laws providing any relief to workers who became sick or disabled (workmen’s compensation did not come into being until 1915). Additionally, a burial benefit was paid for those who might make the supreme sacrifice!

Although the fees for joining and continued membership in the Society are not known, the costs were probably relatively low. In the year that the Heilwood assembly was chartered, there were already over 26,000 members nationally.

Without the presence of records for the Heilwood assembly, we have drawn upon personal interviews for information concerning the lodge itself. Sunnyside was mentioned as the location of the first lodge. Meetings were conducted in a home, possibly vacant at the time, on Point Street. While there is no information available on the Assembly’s officers, nor minutes to any of their meetings, we do know that when the homes on Sunnyside were abandoned – probably in the early 1930s, the meetings were then conducted in the homes of the individual members.

On September 13, 1913, the 11th National Slovak Convention approved the creation of a juvenile order to be called “Kruh Mladeze,” or (in English) “Young Folks Circle.” With the creation of this order, the National Slovak Society aimed to increase its membership base for the future, and it began to provide insurance for the children of the society members.

It should be noted that around this time, many individual Slovak lodges (along with other ethnic organizations) had begun to discontinue or reduce the practice of conducting meetings only in their native languages. The idea was that increased English at the meetings would attract more second-generation members. Also, the goal was to instill a sense of civic pride in the younger membership, to increase their interest in their cultural background, and to give them a share in the responsibilities of the organization (such as orphan’s benefits and working with other youth members).

By 1918, the Youth Folks Circle membership had grown to over 9,700 members nationally. This was in addition to the adult membership of over 42,000.

Although little additional information is known, the Heilwood Slavonic Lodge established a Young Folks Circle #319 prior to 1920. It’s possible that the youth dressed in white in the Heilwood chapter photo (see photo) were part of this group.

“The Objects of the National Slovak Society”

To unite persons of Slovak and Slavonic ancestry in a fraternal benefit society;

To preach and practice the gospel of fraternity, charity and benevolence;

To uphold the Constitution of the United States of America and to preserve the democratic way of life;

To assist their kinsmen across the Atlantic in their efforts to make and keep their homeland, and in heart of Europe, a land of free men with free institutions;

To publish and circulate Slovak literature and to patronize Slovak arts and sciences; and

To protect its widowed, its orphaned, its sick, disabled, distressed and aged.

One for all, all for one!