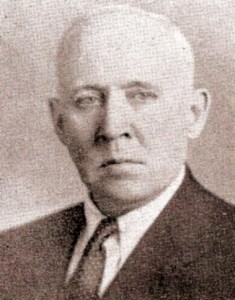 Born in North Mahoning Township (Indiana County) on the family farm near the community of Covode on January 30, 1870, John was the son of George A. and Margaret (Coulter) Gourley. Both his grandparents and great-grandparents were natives of County Derry, Ireland.

John received his early education at Covode Academy, Indiana Normal School, and the Pennsylvania State College. He became a very prominent educator in and around the Marion Center area, not only a teacher in the public schools but also an instructor in the early Select Schools for teacher preparation. In addition, he was elected Principal at the Marion Center School in 1899.

Entering the Western Pennsylvania Medical College in 1900, John was both an excellent scholar and excelled as a member of the school’s baseball team. Upon graduating in 1904 with an M.D., he opened a private practice in Marion Center, Pennsylvania, where he would remain for two years.

In 1906, John joined a former friend and fellow physician, Dr. Ralph McHenry, in Heilwood, where he was employed by the Penn Mary Coal Company as the company physician/surgeon. Dr. Gourley remained in Heilwood until 1914, at which time both he and Dr. McHenry resigned. Shortly thereafter, Gourley and McHenry joined the medical staff at Windber Hospital in Windber, Pennsylvania.

He was a member of the Indiana County Medical Society, the Pennsylvania State Medical Society, and the American Medical Association. In addition, he was a Mason belonging to Indiana Lodge, F. & A. M.

Dr. John C. Gourley passed away on May 16, 1943 at the age of 73 following a brief illness and was interred in Richland Cemetery.