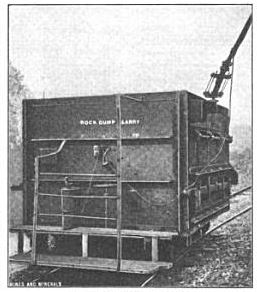 In addition to the construction within the town itself, the Penn Mary Coal Company was also involved in innovative improvements at its mining sites. As a means of disposing waste material (boney/rock) at the mines, Penn Mary designed and placed into service its own rock larry (see photo).

The rock larry was constructed of steel, held nearly 12 tons of waste material, and was propelled by a 25 horsepower motor with reducing gear. Receiving its power from a trolley line, the rock larry could run beyond the trolley line by utilizing a conductor cable, which was wound on and fed from a reel underneath the frame. With a track gauge of 4’ 8 ½”, the larry would run on a light steel rail mounted on wooden ties. It had a sloping floor with three doors – one on each side and one in the front – with the operator riding on the opposite end from the door. By striking the door release with a single blow of a hammer, the operator could dump the entire car, thereby eliminating the need to trestle, since dumping the car would make its own track fill. 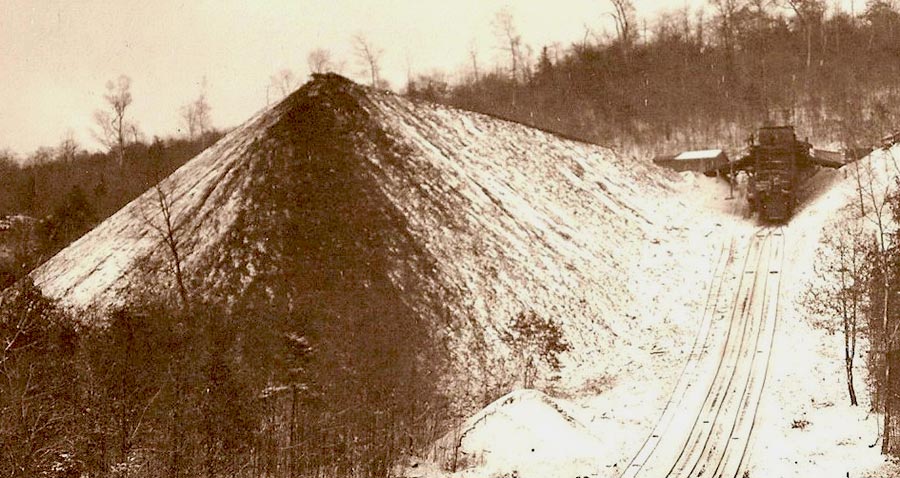 Photo of a Heilwood boney pile, showing the end of the track near the top of the pile. These were the spoil piles that the rock larry would gradually build.