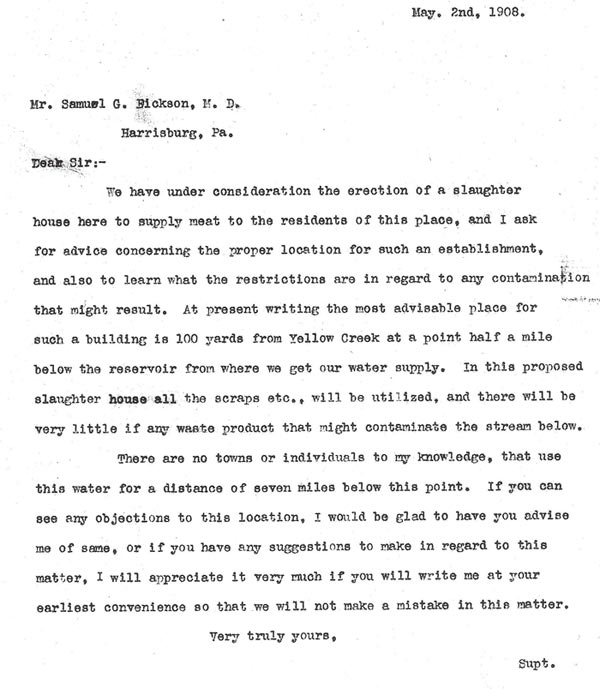 May 2, 1908 letter from Mine Superintendent Harry P. Dowler to Dr. Samuel G. Dickson. 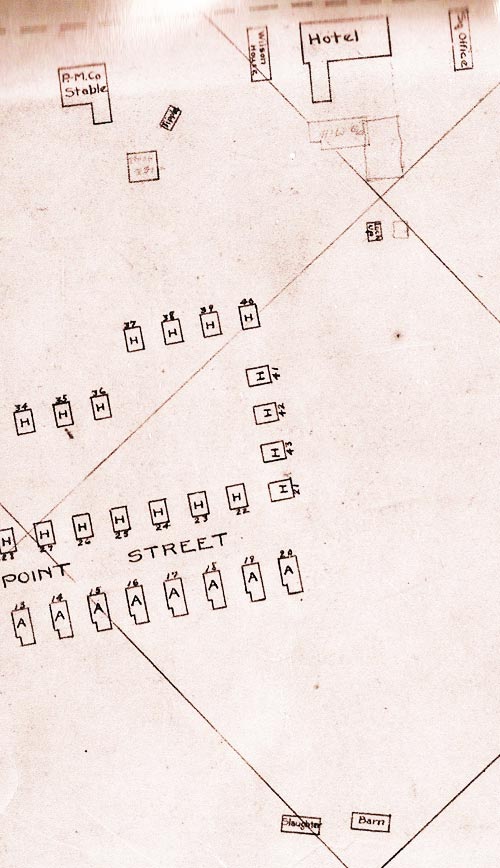 Map showing the location of the Slaughterhouse

In a letter dated May 2, 1908, Mine Superintendent Harry P. Dowler wrote to Dr. Samuel G. Dickson of Harrisburg, Pennsylvania, seeking advise on the erection of a slaughterhouse (see letter). A 1920 map shows that the actual complex was constructed in the proposed location at some later date (see map). Additionally, we know that the meat was sold to the townspeople in the Meat Market building, which was located directly below the Heilwood Inn*.

There is no further information on the demise or demolition of the Slaughterhouse in known records.

*The Meat Market building was completely destroyed by fire on February 19,1924. Prior to its destruction, the building was also utilized as an additional classroom for the Heilwood School.